Keg couplers are a key component of your kegerator or draft beer system. It’s the piece that unlocks the golden treasure stored inside a keg of beer and sends it on its journey to your taps. We’ve tapped the knowledge of our draft beer experts here at KegWorks to bring you some helpful information in regards to couplers and making sure you choose the right one. 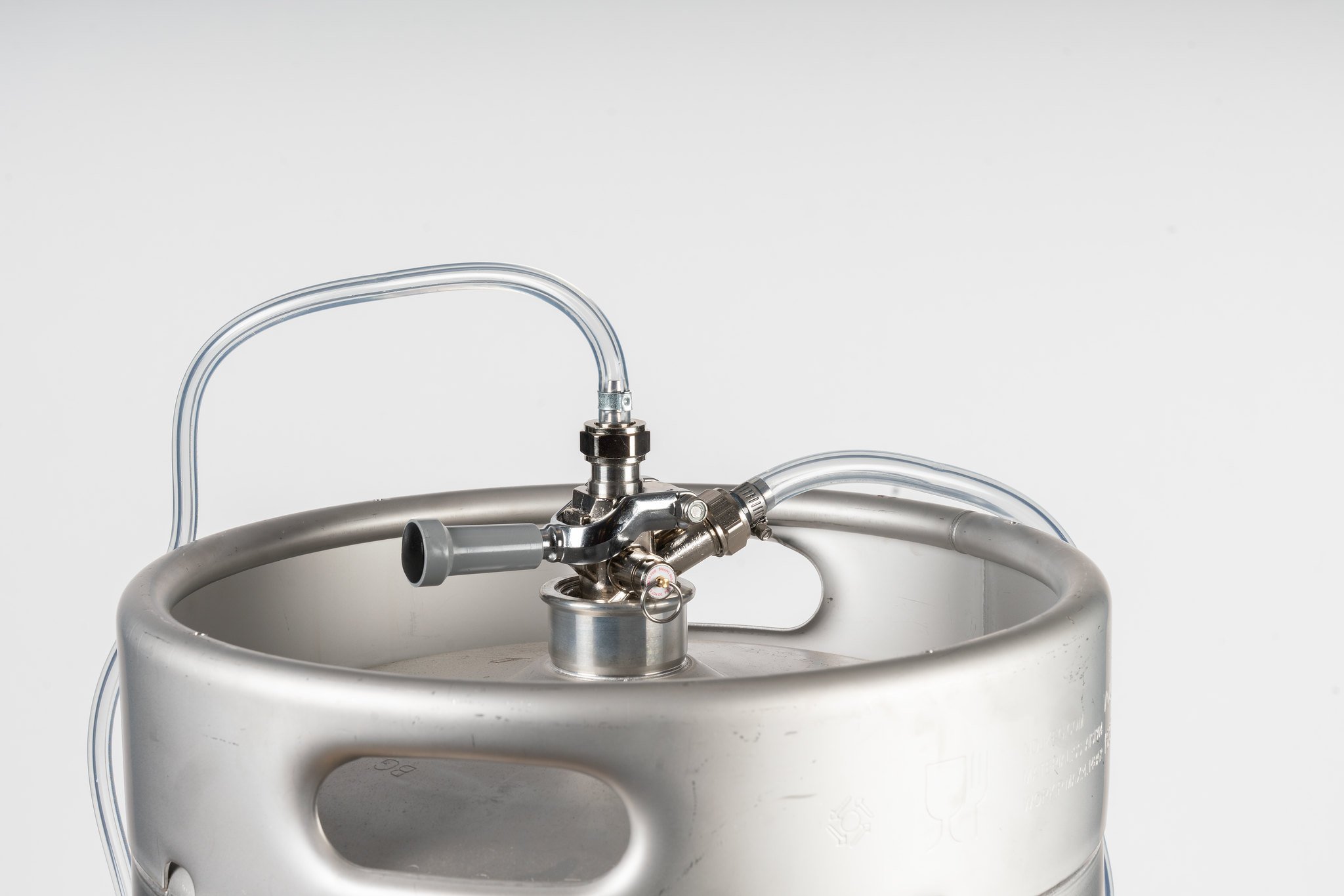 What is a keg coupler?

A keg coupler, also known as a keg tap connects the air line (the CO2 or Nitrogen tank) and the beer line to your keg so that everything flows properly. It uses the compressed air from the CO2 or nitrogen tank to push the beer out of your draft system and into your glass. If your beer keg coupler isn't attached properly, you won't be pouring anything out.

One important thing to know about keg couplers is that there isn’t a “one size fits all” option. Depending on the style of beer you want to tap or where it came from, you need to make sure you have the right type of coupler.


Consult our handy Keg Coupler List if you’re not sure which style of coupler you need a specific brand of beer.

Parts of a keg coupler

To maintain a quality draft beer system, it's important to clean its parts regularly. This will mean disassembling and reassembling the keg coupler, so you'll want to get familiar with the look and function of each part. Some of the parts inside the coupler may vary depending on the manufacturer.

Here’s a breakdown of parts for our economy D System coupler: 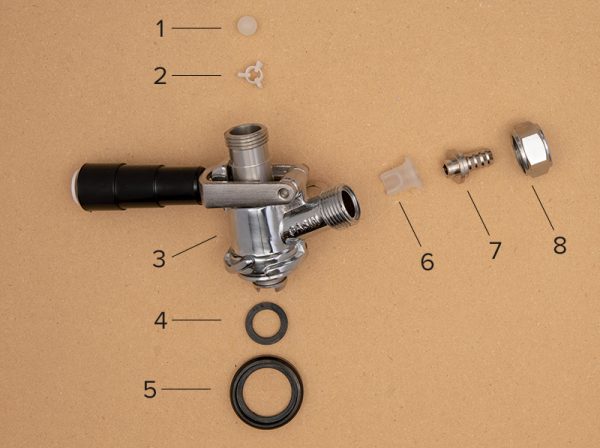 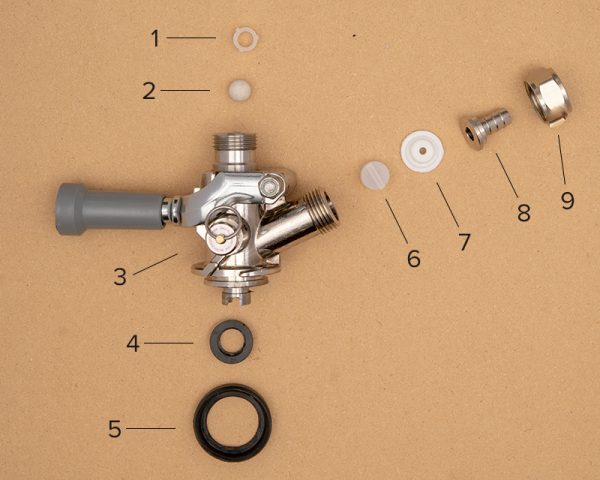 Note: To make a proper connection between the tail piece and hex nut, or if your keg coupler is leaking, be sure to have some extra rubber washers on hand.

How to clean a keg coupler

Depending on how often you use your draft system, it's a good idea to clean your beer lines and draft system components, including your keg coupler, at least every two to three weeks or every time you tap a new keg. 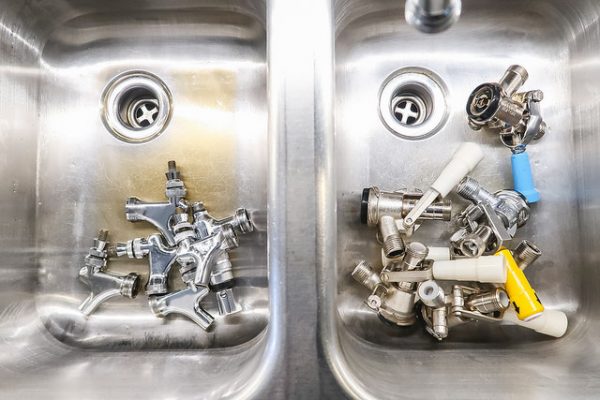 Step 1: Remove your coupler and all of its parts from your tap.

Step 4: Soak all keg coupler parts in the solution, and brush them clean.

Step 5: Rinse coupler parts with clean water and then towel dry before use.

If you're using the wrong coupler, you may notice that you're having to force the coupler to attach to the keg. The right-sized coupler should attach relatively easily. Be sure to match the beer you're using with our keg coupler list.

Beer leaking from top of the keg

Seeing bubbles or foam leaking from the top of the keg means your coupler is not attached securely. Disengage the coupler by pulling the handle out then up, disconnect it from the keg and then try again.

If attaching the coupler securely doesn’t fix the issue then be sure that your rubber check valve is attached properly. Many times, people throw this part out thinking that it is part of the packaging, but the rubber check valve is a critical part of your keg coupler. Also, having extra rubber washers on hand can aid in the proper attachment of the hex nut and tail piece to the lines, and can eliminate leaks when they reinforce attachments elsewhere in your system. Anytime two pieces of metal are coming in contact in your draft beer system, it's a good idea to use a rubber washer to attach them.

As with most components of a beer dispensing system, there are many small parts involved with a keg coupler. While removing them often for cleaning or maintenance is important, it can also lead to damaged or lost parts. One lost or damaged part can often make the difference between a perfect pour and a cloudy or foamy beer. KegWorks carries a selection of coupler replacement parts as well as a handy draft system repair kit so that you’re prepared for any kind of issue.

Coupler not fitting inside kegerator

The lines attached to a standard coupler sit as high as 5"-6" above the rim of the keg when tapped. If there’s not enough room above your keg to properly attach the coupler, then you’ll want to use a low-profile keg coupler. The barbs for the beer and air lines protrude horizontally instead of vertically so they take up less room when attached. This can reduce the increased height above your keg added by the coupler from around 5-6" to as little as 0.75-1.25". KegWorks also offers a low-profile coupler with a rotating probe for added assistance when connecting to your keg.

Now that you have a better understanding of keg couplers you can be confident in choosing the right one for your kegerator. You can learn more about how to properly connect your coupler with our guide on how to set up a kegerator. 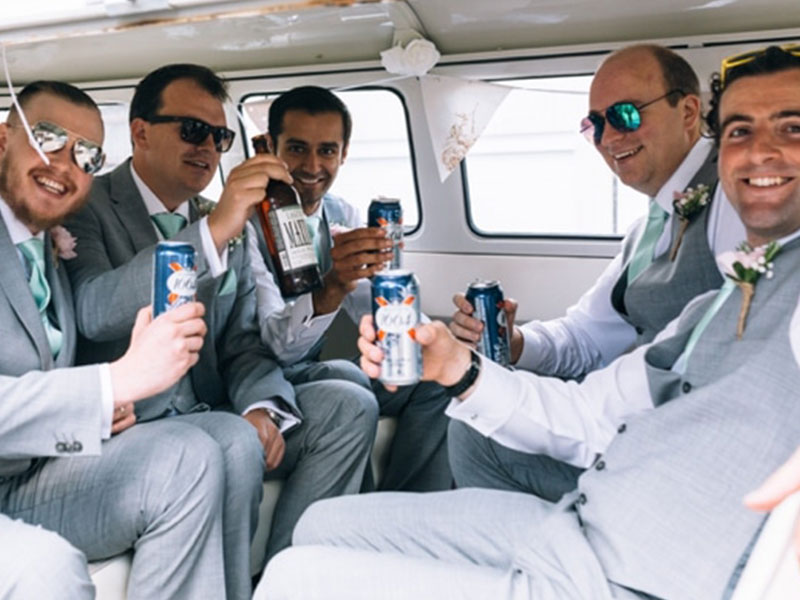 13 Ways To Make Beer Part Of Your Wedding 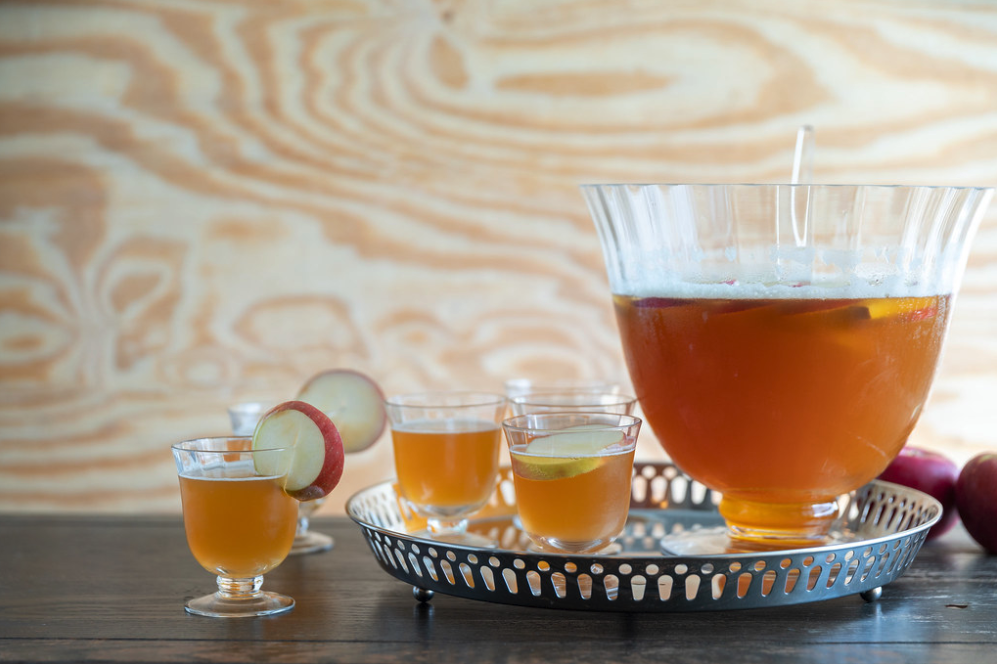