KegWorks' Alex Placito (front and center) poses for a selfie with friends at EBF in Boston.

Extreme Beer Fest is no ordinary beer festival, but I guess that’s kind of obvious from the name. Hosted by the crew at BeerAdvocate.com, it’s held every year in mid to late winter in Boston. Breweries are handpicked, specially invited, and urged to bring something special to the fest – their strongest, weirdest beer, a variation on one of their existing beers, something rare from their cellar, or even (hopefully) a beer brewed specifically for the fest. And yet, even among the unique offerings, there are always some discernible beer trends.

This kind of festival isn’t just about “getting your money’s worth” (read: getting smashed). Don’t get me wrong – that happens, but the focus is on the unique flavors of each beer. The line that formed to get into the fest (even though it’s never oversold or too crowded, and lines move quickly) along the cold Boston waterfront was replete with geeks and beer enthusiasts. We arrived about an hour early and were still about a block away from the entrance, with some 100 people ahead of us—all (myself included) wearing shirts from our favorite breweries and giddy about the opportunity to taste weirdly delicious beers.

I found the behavior of the attendees fascinating as we entered the venue and everyone flocked to the various brewery tables. Though I was busy enjoying myself, I was also noticing patterns, which I outline below. I also noticed trends in terms of which beers were brought and which flavors, adjuncts, and aging techniques were employed. Every year is a bit different, leading me to think about how the changes in what brewers bring to this festival are related to the trends we see in the craft beer industry in general every year. I feel like, in some ways, we can use EBF as a predictor of what we can expect to see in the beer world. Of course, I was drinking when I noticed these things, so take them with a grain of salt.

Rare Is Where It’s At

No surprise here; geeks love rare beers. EBF’s success is predicated on that. In fact, 90% of the beers inside the fest are considered rare to the average beer drinker, to one degree or another (largely depending on where one lives). But even inside the festival itself, there is rarity among the rare. Micro-rarity. The beer geeks who attend this fest, myself included, are hyper-aware of what beers the masses are saying are the must-tries, and the ones that are likely to run out first. In fact, each year after the Friday night session is over, many geeks who are attending Saturday’s sessions jump online – to BeerAdvocate.com or Untappd – and look to see which beers the first session attendees rated the highest, which breweries they say had the longest line, and what beers they say kicked first.

This year, as in most years past, the longest lines formed at Funky Buddha from Oakland Park, Florida—makers of stellar dessert-flavored brews like those inspired by lemon meringue pie and strawberry shortcake; the Rare Barrel out of Berkeley, California (come on, they have “rare” right in the name); and Tree House Brewing Company from Monson, Massachusetts, to name a few. These breweries are making beers that you’d be hard pressed to find anywhere to buy for home consumption. Most consumers acquire them via trading or waiting in long lines at the breweries themselves. It’s no surprise that the lines to sample these beers at the festival were long; the curiosity and hype around these breweries is enormous. And yes, their beers are damn delicious.

Breweries that everyone knows and has regular access to had typically very short or no lines for the duration of the fest. Breweries like Sierra Nevada, Anderson Valley Brewing Company, Boston Beer Company (aka Samuel Adams), Firestone Walker Brewing Company, Founders Brewing Company, etc. This isn’t terribly surprising of course, but some of these breweries did bring some very special, weird, interesting beers that turned out to be as good as many of the overhyped beers.

Interestingly, breweries that it seemed no one had heard much about had very short or no lines as well. This group of breweries included Marz Community Brewing from Chicago, Newburgh Brewing Company from New York, Proclamation Ale Company from Rhode Island, and TRVE Brewing Co from Denver. These were the hidden gems, yet didn’t quite seem to have the crowds I’d expect them to have. Everyone was busy waiting in line at the other spots. I had a horchata stout from Trophy Brewing out of Raleigh, North Carolina that was awesome.

I’m not sure that this will be any kind of predictor of what we’ll see at bars and beer stores this year. The behavior of geeks en masse does not necessarily translate to the beer-drinking public. But if I could attempt to prognosticate based on what I saw at EBF 2016, I’d wager that breweries will start to have an increasingly difficult time selling their flagship beers. More and more people will start to look for different beers, beers with weird flavors, beers they haven’t had before. Breweries with a varied and rotating portfolio will succeed more, and well-established breweries may look to change things up a bit. Or maybe not. 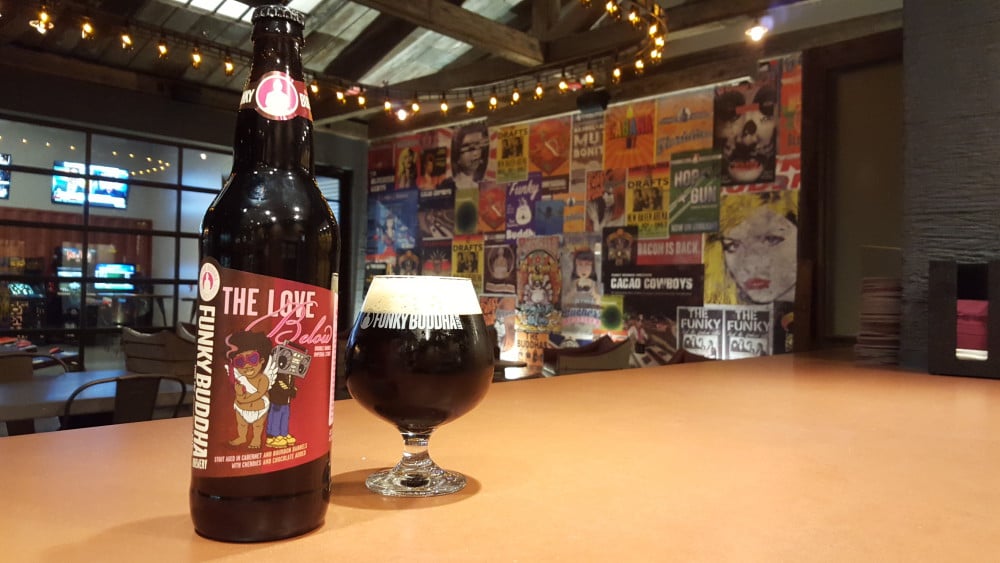 Love Below - an imperial Russian stout that’s been aged in Cabernet and Bourbon barrels, then blended together along with cherries and chocolate - is one example of Funky Buddha's stellar dessert-flavored brews. Photo courtesy of Funky Buddha

Craft cocktails are increasing in popularity, and naturally there is a ton of crossover between them and the beer world. We’re already starting to see bitters and syrups flavored with hops being used in cocktails, and of course aging beer in used whiskey barrels is old hat. But this year more than ever, there were an abundance of beers modeled after cocktails or interacting with interesting spirits. Here are some of the ones I saw:

That’s not even the whole list. Clearly, brewers are having fun experimenting with cocktail flavors. It’s a natural extension of flavoring beer with wood, wine, or other fruits, as has been done for years. I would predict that we’ll see a lot more of these sorts of experiments on shelves and in bars this year.

Okay, now, it’s very possible that I didn’t assess this in the most scientific sense. But anecdotally, I definitely feel like I saw a larger number of women attending EBF this year than in year’s past. I really hope that’s the case; craft beer and beer geek-centric activities have been pretty lopsided for a while. Big Beer seems to focus on attracting males with their marketing (in case you didn’t see the Super Bowl commercial this year), and anything we can do to break the stereotype that women don’t drink beer is a win. Hopefully this continues. Will it change anything at bars or beer stores? Probably not. I don’t think women like different kinds of beer than men. The only thing that might change is breweries will maybe sell more beer overall, because hopefully they’ll start marketing to everyone. 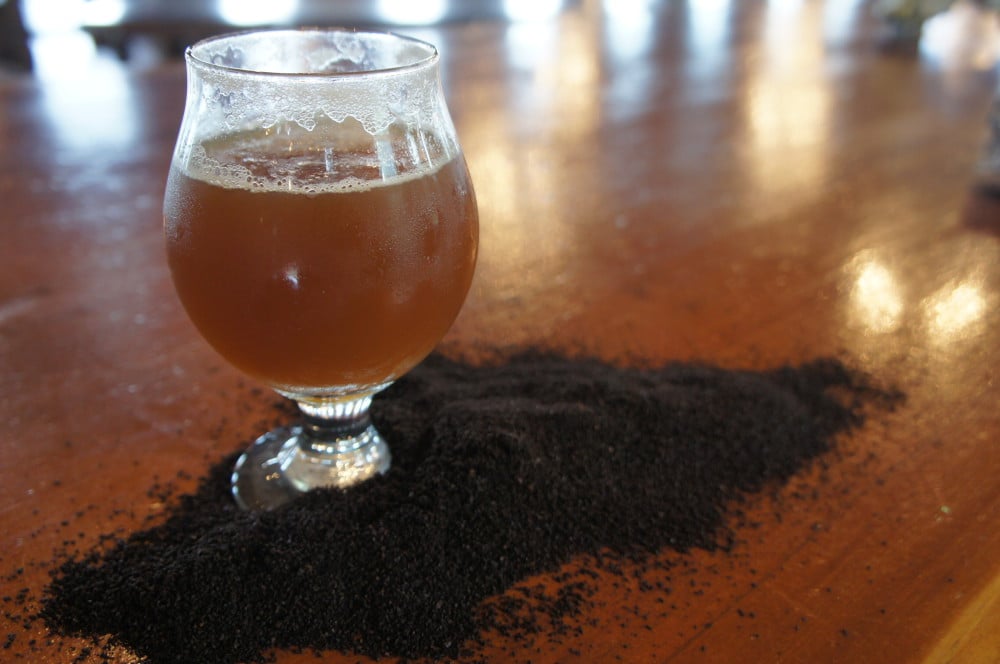 So, arguably, this is already the case. When you see roasty beers on the shelf, you don’t only see straight up stouts or porters. There is often an addition, or adjunct, used to differentiate them and offer different flavors. However, based on the beers available at EBF this year, I think we’re going to continue to see an increase in flavored dark beers. Oskar Blues released a mainstream coconut porter last year (Death by Coconut) and Ballast Point just started distributing a coconut version of their Victory at Sea Baltic porter earlier this year. Ballast Point also had a peanut butter version of this at the fest, and DuClaw’s Sweet Baby Jesus (chocolate peanut butter porter) has been out for a few years. In addition to peanut butter, other nutty flavors may show their faces; Jackie O’s Pub & Brewery from Ohio brought a variation on their Russian Imperial Stout Dark Apparition that was brewed with hazelnut, almond, pecan, cashew, and coconut.  I believe (and droolingly hope) that these will start to trickle down to the more mainstream breweries, and we’ll start to see more such stouts and porters in the future.

Coffee is another key flavor additive in roast-forward beers. It’s a no-brainer: the flavors of coffee meld so well with the roasted barley used in stouts and porters. They’re ubiquitous. At EBF, there were a number of them – but, noticeably, many of them have shifted from having just “coffee” as an adjunct to being modeled on specific coffee drinks. Jack’s Abby brought The Italiano, which was their bourbon barrel-aged Framinghammer (Baltic porter) with star anise, espresso, and lemon zest added. YUM.

Another trend in coffee as an adjunct is adding it to beers that aren’t stouts or porters. Carton Brewing’s Café y Churro, a coffee-flavored cream ale (with vanilla and cinnamon added), was a delight. Kent Falls Brewing Company brought Coffeemaker, a “coffee brett IPA.” One of the more unique beers I had at the festival was the C.A.F.E. Sour ale from Newburgh Brewing Company, made with Ethopian Yrgicheffe coffee, with whole grain teff (Ethiopian staple grain) and gesho leaves and sticks added (à la fermented Ethiopian honey beverage, tej). All this inside of a sour beer package made for one of the most interesting 2 oz pours I’ve ever had.

This isn’t a trend or anything I’m predicting per se, but I have to mention it. Tree House Brewing had the longest lines and biggest hype of the event this year. For our session (second of the three offered that weekend), the event coordinators had added post and rope barriers to guide the crowd, along with arrows taped to the floor indicating direction of movement. Considering the crowd’s increasing inebriation, some cattle-herding was necessary and kept everybody sane.

The icing on the cake, however, was the fact that the Tree House crew came around with cans of Doppelganger, their 8.2% double IPA, and poured them into the empty cups of everyone waiting in the line to try their beer. This is one of the classiest moves I’ve seen at a beer fest by the brewers. It can’t be the best time, having to go to three sessions of a fest and pouring beer for lots of geeks, especially when they are all clamoring to get your beer (though being the most popular probably doesn’t suck). Still, the brewery reps for Tree House along with the event staff made the best of a potentially rough situation and made everybody happy. Kudos.

My final shout out is to the Waffle Cabin. While not a new fixture at EBF, their yeast-risen dough approach is freaking delicious—especially, when covered in melted Belgian chocolate. My drunk self really wants to predict that we’ll see more of these…somehow. 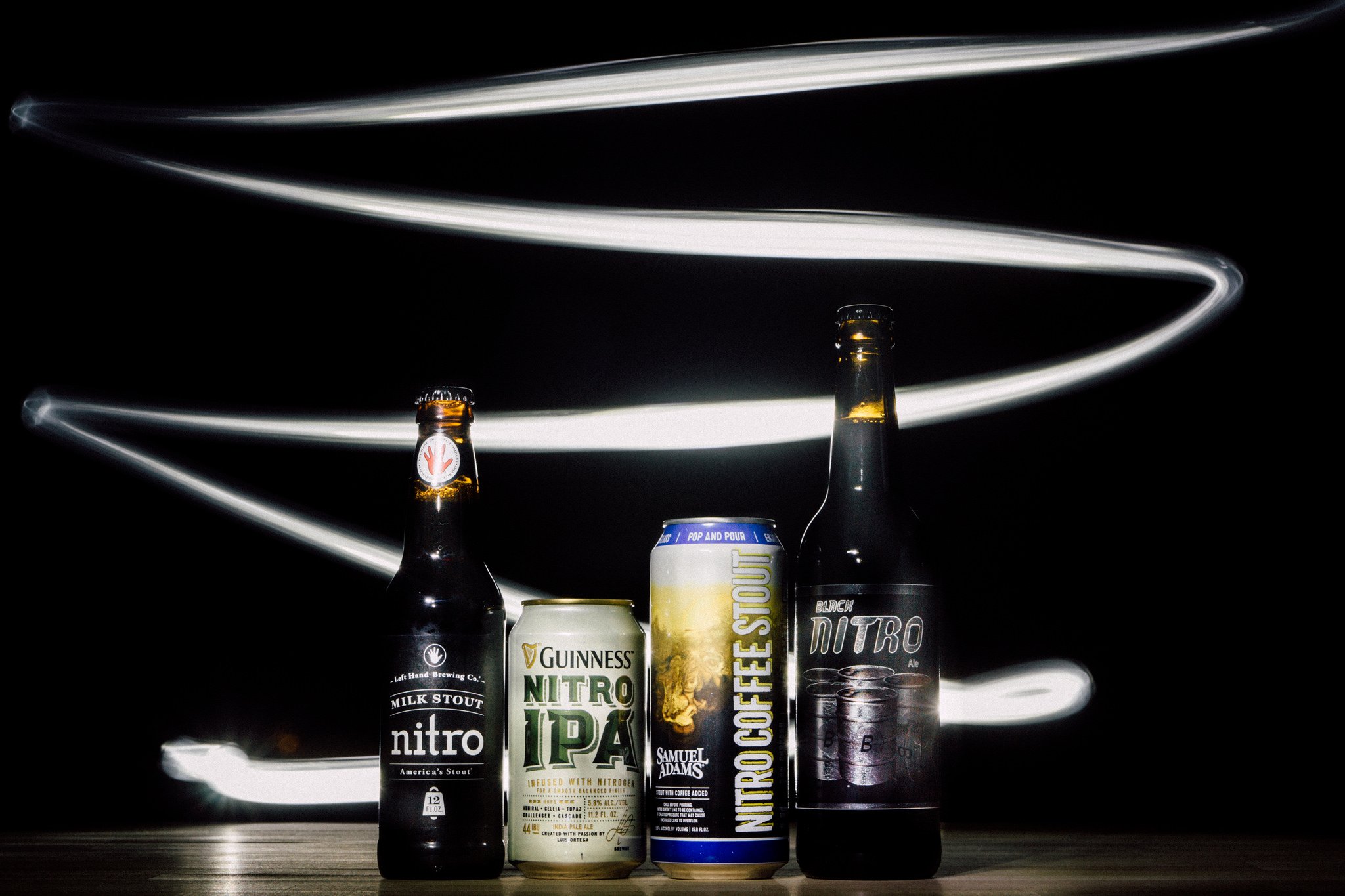 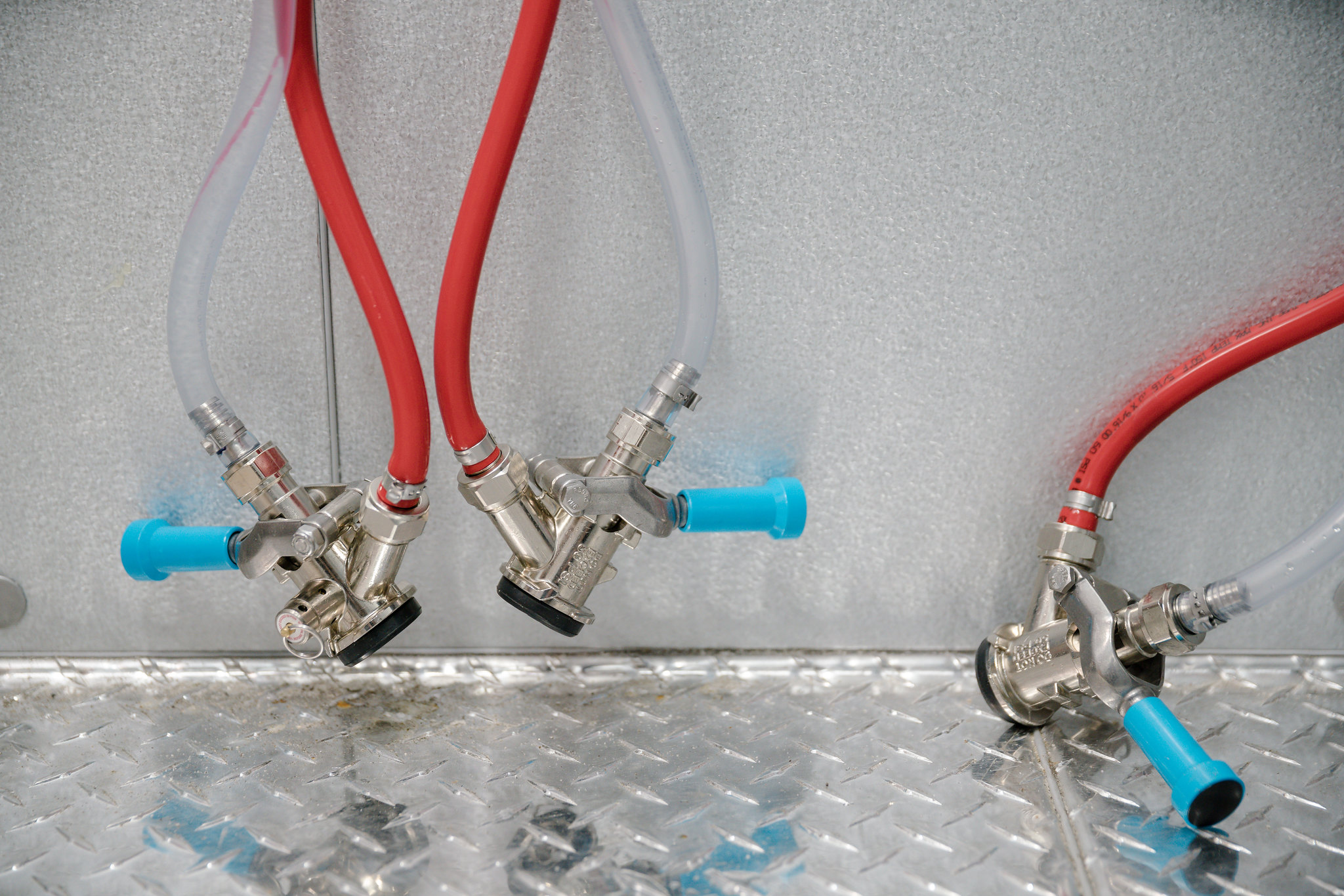