American beer goes way beyond light, fizzy lagers and hop-bomb IPAs. The diversity of American beer is actually quite staggering, when you consider the United States' relatively short brewing tradition, as compared to Europe. But that brevity is not without its advantages. That American brewers feel less bridled by centuries of prescribed rules means greater liberty to get creative and push beer-making boundaries to previously unexplored territories. 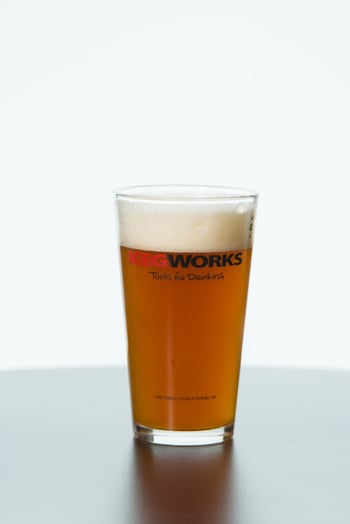 Popular in California and the Pacific Northwest, American Amber Ales are characterized by their use of American hops (think Cascade, Centennial, etc.) for bitterness, flavor, and aroma. A typical American Amber Ale will have an ABV that hovers around 4% to 6% and offers moderate-to-high maltiness. With a copper to reddish brown color, mild caramel flavor, and rich, full body that coats your mouth, this style is perfect for a backyard BBQ. 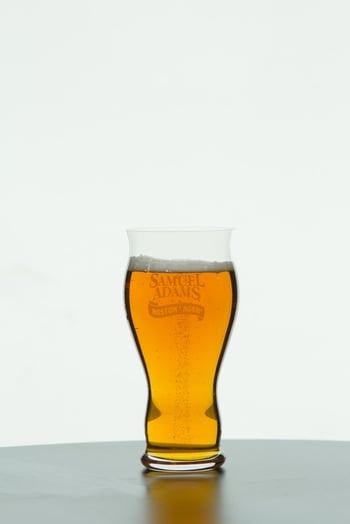 American Amber Lager is one of the more widely available styles of domestic brew. Typically, this incredibly sessionable beer features a moderate ABV (between 4% and 6%) with a well-balanced blend of two-row malt and a moderate amount of German Noble hops that impart mild flavor, aroma, and bitterness. Easy to find on store shelves and even easier to drink, American Amber Lager is a true classic. 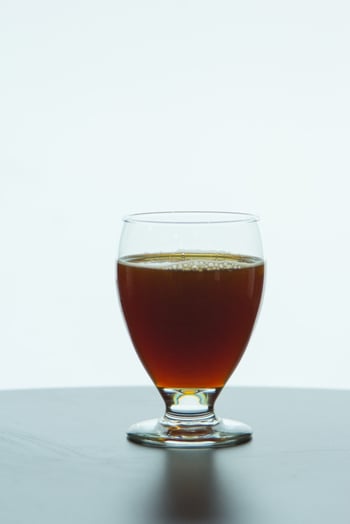 As bitter as it is strong, American Barleywine is not a style for the faint of heart. This special brew is an ABV powerhouse, usually registering at or near double digits. Massive bitterness along with medium-to-high hop flavor and aroma is to be expected, making American Barleywine a great counterpoint to rich desserts or pungent cheeses. Best enjoyed from a snifter to experience the full-range of subtle complexities like notes of toffee, caramel, and fruit esters, American Barleywine is manna to adventurous beer drinkers with refined palates. 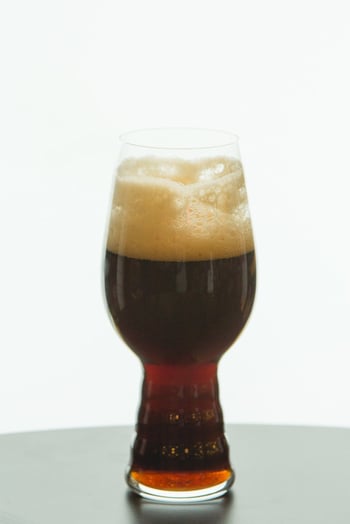 Also known as a Black IPA or Caccadian Dark Ale, American Black Ales are dark in color (ranging from deep brown to pitch black) while offering roasty flavors and aromas from a variety of malts. All manner of hops might be used in this style, so one brewery’s version will differ quite greatly from another’s based on the chosen hops, but in general, the hop bitterness is at a pretty average level. Pair an American Black Ale with grilled seafood and flavorful cheeses for a premium taste experience. 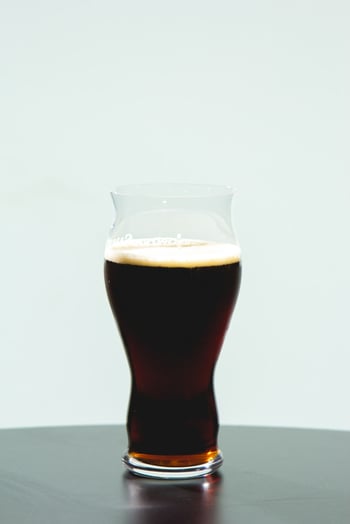 Inspired by English-style brown ales and porters, American Brown Ales feature pronounced roasted malt characteristics along with flavor and aroma notes of chocolate and caramel that go nicely with grilled meats. Typically around 5% ABV, this style also offers medium intensity in hop flavor and aroma paired with hop bitterness that is decidedly more aggressive than its English cousins. 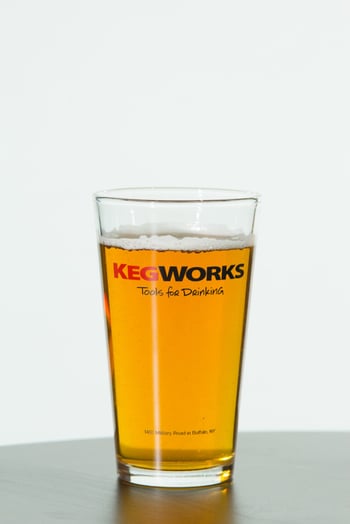 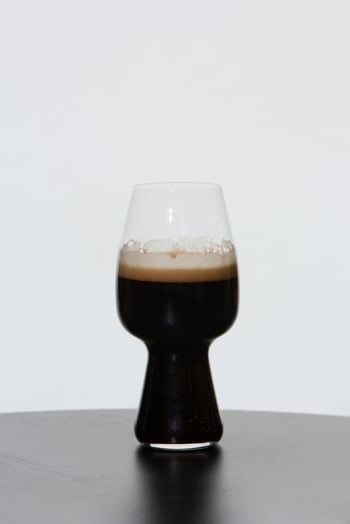 Big, boozy, and black as night,  American Imperial Stouts take inspiration from their Russian cousins of the same name. With an ABV hovering between 9% and 12%+, these double stouts are usually incredibly malty in both flavor and aroma, with marked sweetness undercutting the clean alcohol burn. Perfect with rich desserts and aged cheeses, American Imperial Stouts are often aged in oak bourbon or whiskey barrels to give them an added layer of complexity. 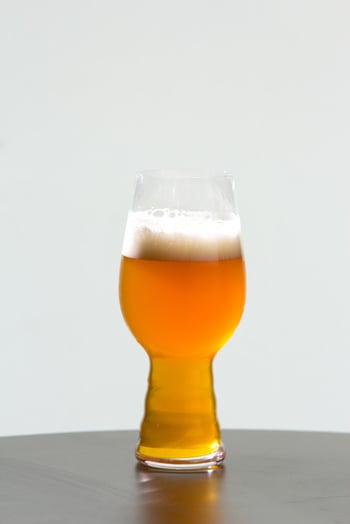 Arguably the hardest style to pin down, American IPAs can vary pretty greatly from the West Coast to the East. Of course, this is also the most popular entry in the craft beer world, and when there are that many competitors, you’re bound to experience a wide range of interpretations. In general terms, an American IPA offers big hop character from American hop strain—  floral, fruit, citrus, pine are all notes you’ll pick up in both aroma and flavor. The pale golden color pairs with a medium-high ABV level (6% to 8%) and soft, sticky body to provide a smooth, pleasant drinking experience with tons of nuanced flavor. 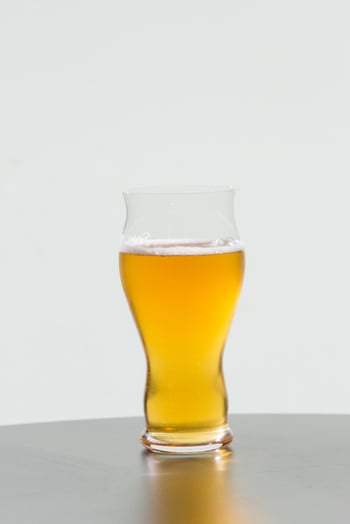 Fizzy, yellow, and light, American Lagers are an easy-drinking style made popular by the big domestic brewers like Budweiser, Miller, and Coors. Typically not exceeding about 5% in ABV, these uncomplicated brews feature very little in the way of hop or malt character, but offer a crisp, highly carbonated refreshingness that’s perfect for a warm summer day. 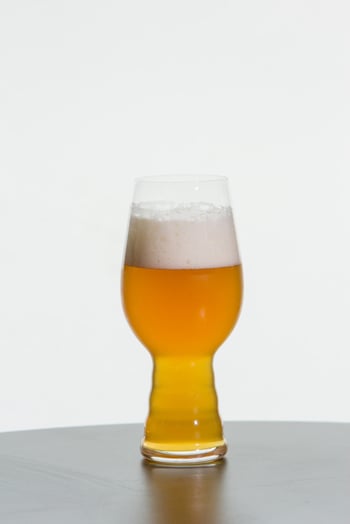 An homage to a classic British style, American Pale Ales rely on American hops to produce flavors and aromas redolent with citrus, pine, and floral notes along with a pleasing, bracing bitterness that’s not as aggressive as an IPA but still has plenty of backbone. Maltiness is generally quite low and ABV rings in around 5% to 6%, making this a good option for a good time. 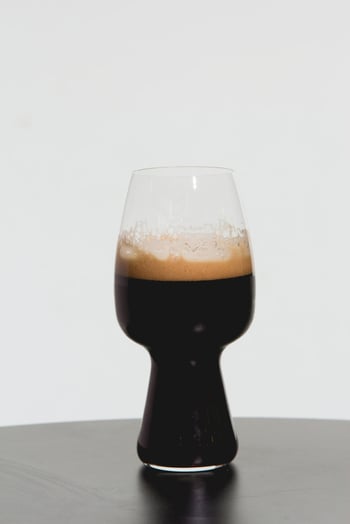 Very similar to American Stouts, American Porters often incorporate unique ingredients like coffee, chocolate, or smoked malts. Typically, porters will feature a less “roasty” taste than stouts and offer more in the way of caramel and cocoa-like sweetness that’s balanced out by a fair amount of hop bitterness that makes these 7% to 12% ABV beauties a true sipping experience. 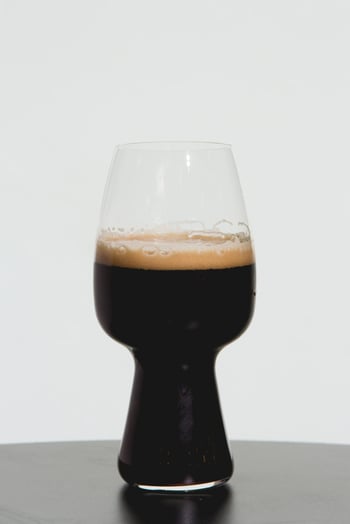 Think of an American Stout as the descendant of classic Irish and British Stouts but with a fair amount of inventive exploration thrown in for good measure. These rich, full brews (often aged in bourbon or whiskey barrels) bring roasted notes of coffee and chocolate to the forefront along with a fluffy head and often a fair bit of hop bitterness to really add some complexity to the mix. ABV can fluctuate pretty wide (from sub 5% to near 10%) but the thick, roasty richness makes for a sippable treat. 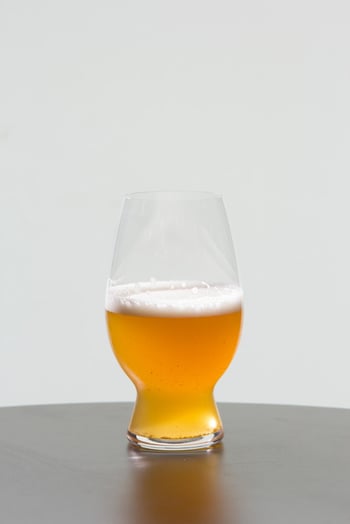 A true American Wheat beer is usually brewed with a grain bill that’s at least (though often much more) 30% wheat. Hoppier than German or Belgian wheat beers and lacking the flavor notes of banana or clove, American Wheats are typically served with yeast in the bottle so expect your pour to be semi-cloudy and totally refreshing. 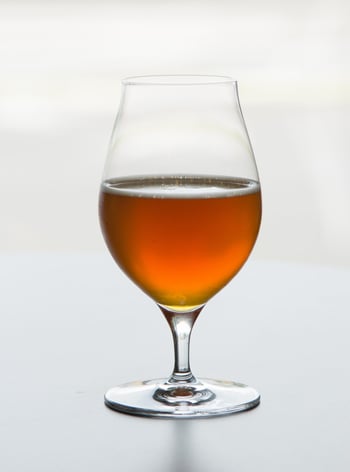 With heavy doses of Brettanomyces, Pediococcus, Lactobacillus, or other wild yeasts/bacterias, American Wild Ales are noted for their unusual flavors that some drinkers love and others find off-putting. ABVs fluctuate pretty drastically, and flavor profiles might range from barnyard funk to lip-puckering sourness depending on what microorganisms were included in the brew, but one thing’s for sure: an American Wild Ale is always interesting. 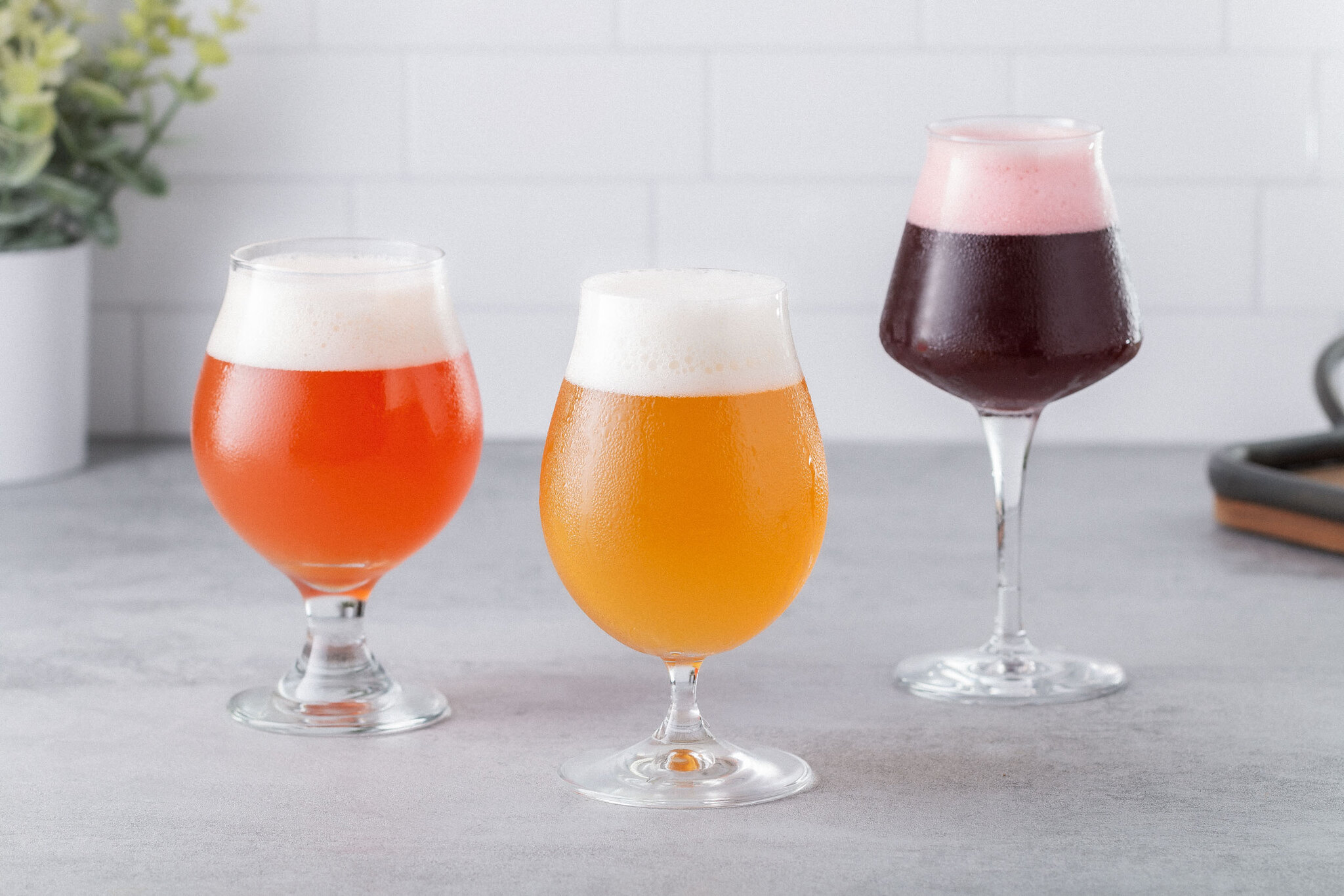 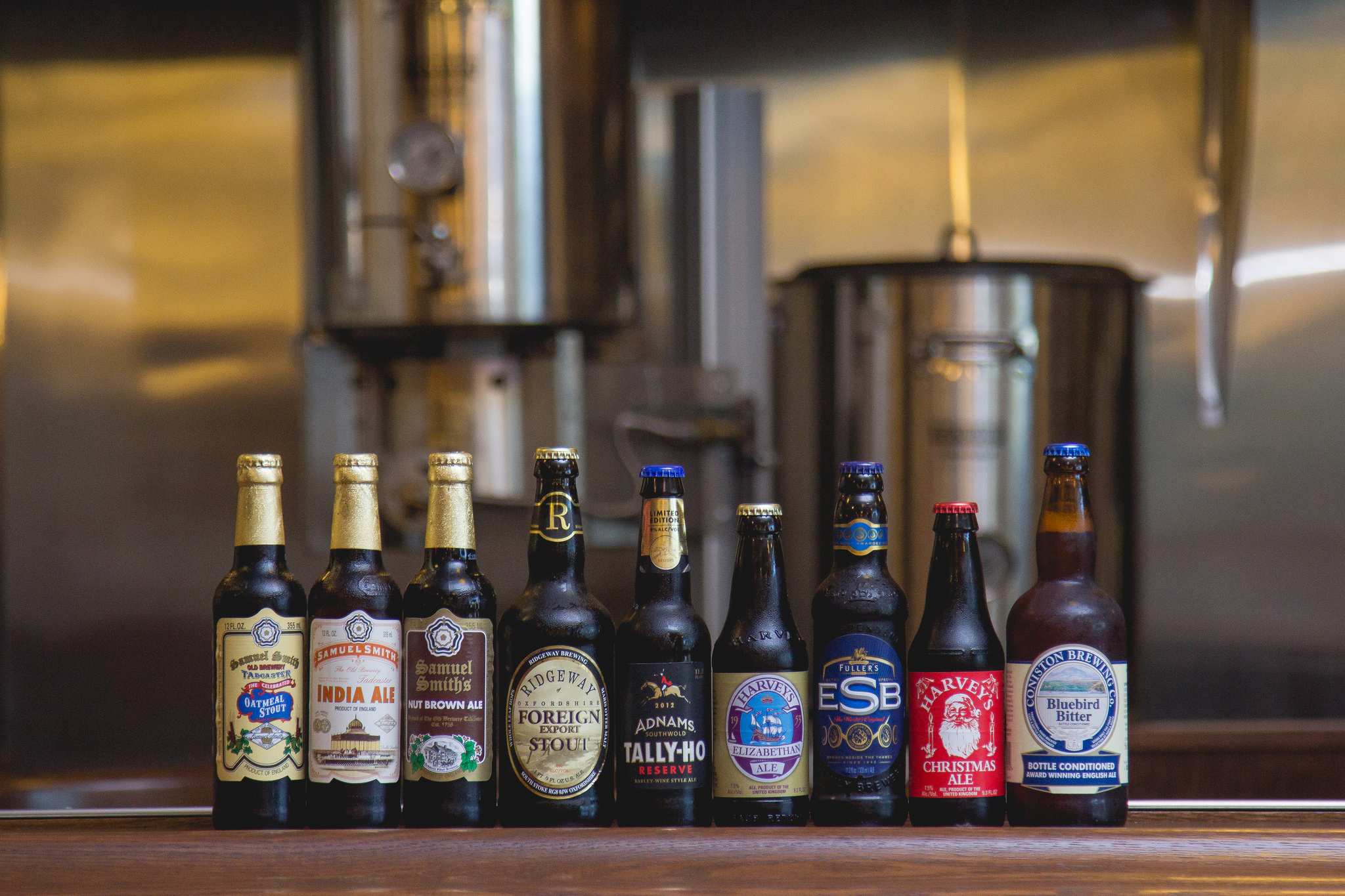