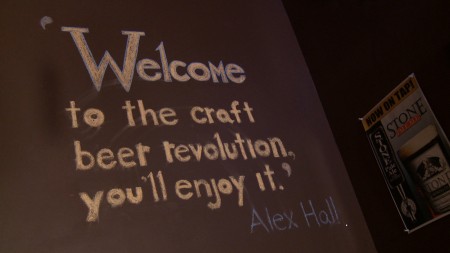 As many of you likely know, the definition of “craft beer” was officially altered in February of this year. The Brewers Association (BA), the organization responsible for this definition, removed a long-standing requirement that a craft brewery must make at least half of its product, as well as its “flagship” beer, from only barley malt - not from rice or corn. 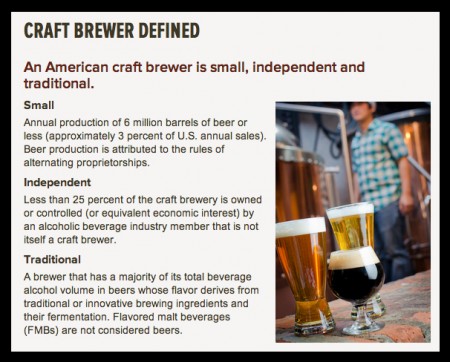 This change has caused a slow but certain uproar from craft beer enthusiasts across the country, as well as some smaller craft brewers who perfectly met the previous requirements. Here’s the issue: this new amendment seems to lend favor to the largest craft breweries, smaller macrobreweries, and the big boys who have partial ownership stakes in the latter two groups.

Now, with this change, not only can these macrobreweries use their own facilities to brew their smaller counterparts' brew, but they can do it with rice and corn sugar, a method many enthusiasts claim is the furthest thing from “craft.” And they’re concerned - rightfully concerned, in my humble opinion - that this will compromise the quality of beer produced and sold under the craft beer umbrella.

This isn’t the first time the definition has changed. In 2010, the BA altered another requirement as an admitted favor to the Boston Beer Company, maker of Sam Adams, the country’s largest craft beer brewery. Before 2010, there was an annual cap of two million barrels per year, but as Sam Adams approached that ceiling, the cap was raised exponentially to six million barrels.

According to an article found on NPR at the beginning of last month, Julia Herz, a BA spokesperson, said they adjusted the cap for Boston Beer solely to keep a founding member of the craft brewing world in their community: “Our board of directors decided not to penalize the most rapidly growing of our craft brewers for coming of age, for success,” she said. 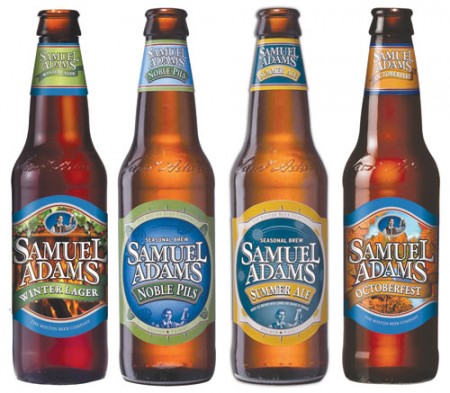 The NPR article quotes a number of different brewers at opposing sides of the argument. Dan Del Grande, for instance, owner and brewer of Bison Organic Beer, believes the BA is helping the guys who don’t need any help, while “water[ing] down the meaning of craft beer, and of good beer.”

Tony Magee, the founder of Lagunitas feels very differently: “Even if we grow to be a 10-million barrel brewery, my brewery will not resemble that of a big brewery. There are important material differences between their facility and mine.” He believes the “big guys” wouldn’t be able to make his beer even if they tried. 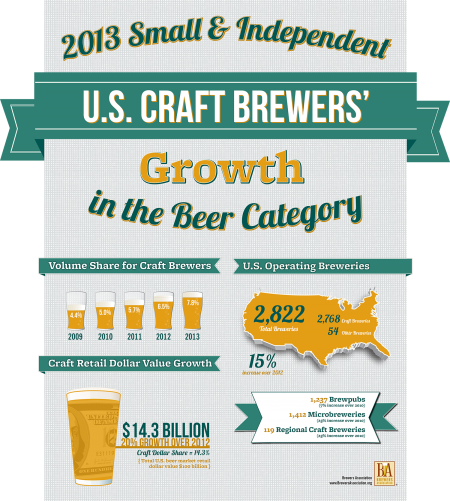 But they are trying. Ever heard of Blue Moon? How about Shock Top? Those are beers made by the “big guys,” labeled and marketed as “craft beer.” And while I guarantee almost everyone reading this knows that they are not, I’m equally sure that the general American public is unaware of this fact. (Note: the BA has already taken steps to educate the public with their craft vs. crafty campaign, so you can’t point point the finger at them).

Del Grande sees this as deceptive and threatening. Magee finds it flattering and encouraging: “The big guys are now parodying us,” Magee told NPR. “They’re running out of ideas.”

So, you now have some background on the most recent change in the craft beer definition, as well as the alterations made in 2010. I’m interested in readers’ take on this news, but before you tell me, allow me to offer mine in three quick points.

For the record, I’m not on one side. After thoughtful consideration, I found myself in parts of both camps.

1.) I do think the definition of “craft beer” should be reviewed on a somewhat regular basis. To quote BA spokeswoman, Julia Herz, “The definition of craft beer has evolved as the industry evolves.” I think this is right on. The U.S. Constitution was written in 1787. Our country has grown and changed consistently in the time since. Our laws have changed. And the Constitution has been amended. This is a large scale analogy, but do you see the parallel?

2.) I am in firm opposition to the February 2014 removal of the barley malt requirement. I don’t want more corn and rice syrup. I get it in almost every mass-market soda and juice as it is. These “ingredients” are nothing more than cheap alternatives which do not make beer taste better. Not to mention, they’re bad for our bodies.

3.) Lastly, I think there’s an issue with the overall perception of craft beer culture, and the people who enjoy it (see my geek vs. snob blog post). The following statement won’t be popular, but I often draw parallels between craft beer culture and hipster culture. In other words, “It’s only cool if it’s exclusive, if only few people know it. Once it goes big, that’s it, the product or fad is forever labelled a ‘sellout.’ ”

Here’s my issue with that. Let’s say you or someone you know is a passionate homebrewer, who would love nothing more than to make their passion a career. Say they open a little microbrewery, and word spreads across your town, your city, your state, maybe even the country. Would you not want you or your friend’s brewery to become the next Sierra Nevada, so long as they stayed true to the values that brought them there?

I guess right now, in controlling the definition of “craft beer,” the BA is sort of in charge of those very values. But, how can we be surprised? With big business, comes politics, rules, regulations, and dissidence.