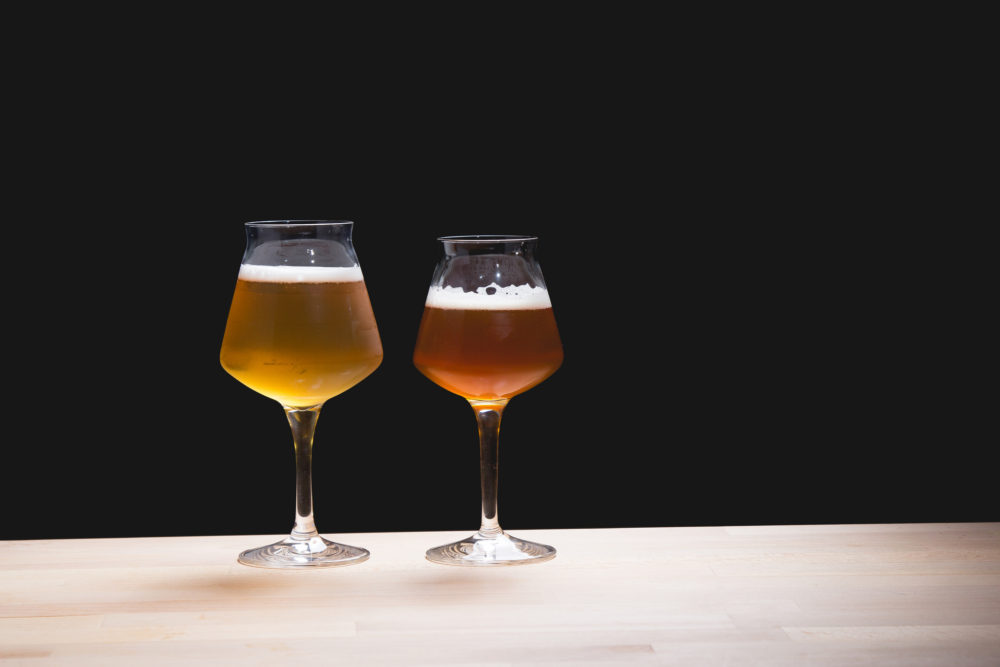 With the holidays around the corner and my shopping for others complete, I decided it was high time to purchase a few “gifts” for myself. (Who only buys presents for others?) So I sat down and thought about some of the hard-to-find beers and drinking accessories I could have put on my Christmas wish list but didn’t. As I scrolled through Pinterest and Instagram for inspiration, I saw it: the Teku Beer Glass.

“What is this ‘weird’ looking glass,” I asked myself. “Why am I drawn to it? Why does it entice me so”?

I decided I needed to get my hands on one to find out.

Essentially an oversize wine glass with damn near sexual curves, the Teku Glass is a statement piece. I absolutely love the look of it. From its delicacy to its dominating size compared to a traditional tulip (thanks to an elongated stem), the Teku Glass demands attention. I’ve always been a little rough on the glasses, so I was hesitant to purchase one at first. To my surprise, in the hand, the Teku feels a bit more durable than its appearance suggests. I still doubt the glass would hold up to a fall from the counter though. (Note: I haven’t actually tested this…)

Going in, I figured the Teku would essentially work in much the same way as a tulip--that is, it would enhance a beer’s aroma. After using it on a few different styles of beer, I found this to be mostly but not entirely true.

To test out the glass, I took multiple beers and divided them up between a traditional pint glass, a tulip, and the Teku. I tried a few beers I was familiar with so that I had an idea of what to expect going into the experiment.

My lineup consisted of Genesee Winter Warmer, Lindemans Lambic Framboise, Hap and Harry’s Tennessee Lager, and Jailbreak Infinite Amber Ale. In the interest of time, I will limit my review to the Winter Warmer and the lambic, as these two were instrumental in developing my opinion of the glass. The amber ale and lager were both good out of the Teku, but I didn’t find the experience much different than a regular pint or tulip. 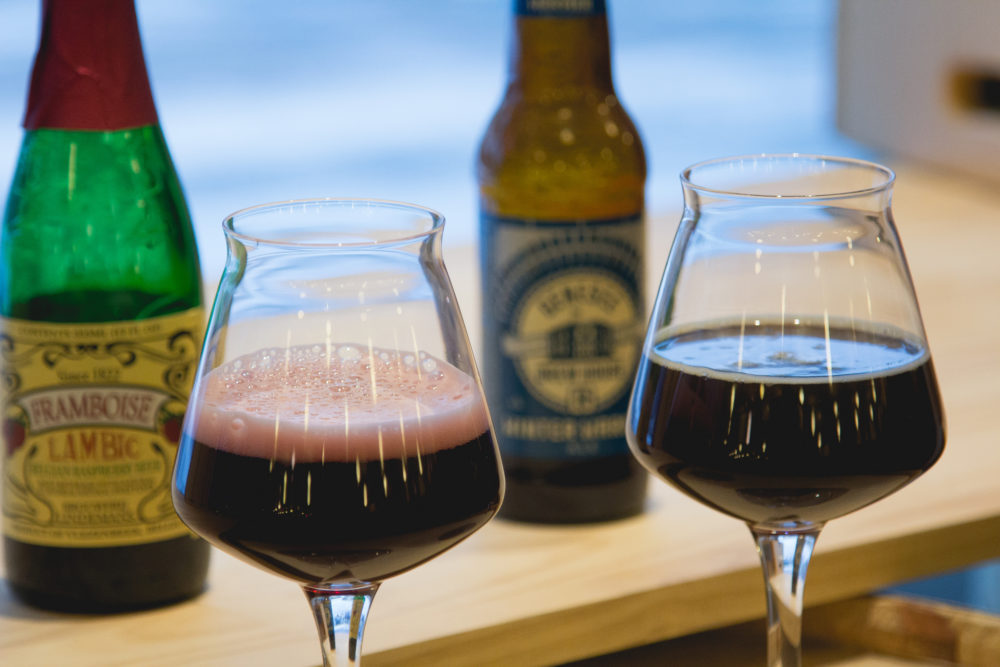 The winter warmer and lambic were a different story. Genesee Winter Warmer is a holiday beer developed as part of the brewery’s pilot batch series. I had purchased a four pack a few days prior and really enjoyed it (in a regular pint glass) with a homemade pizza. The beer had a nice spice to it, but didn’t feel like any of the malt characteristics or spices were overpowering. Oh, how that changed in the Teku.

Out of the Teku, this dark, spiced beer tasted like a too rich, too complex, overpowering dessert. Think about that third slice of cheesecake (don’t judge) that tastes great on the first bite but quickly becomes too much.

Having divided the beer into thirds, I found that the Teku portion was incredibly difficult to drink. The glass accentuated all the malty flavors and spices, almost to an unbearable level. I noticed that both the tulip and Teku “thirds” were difficult to get down, although I was able to finish the the tulip’s allotment. I ended up dumping the majority of the Teku portion; it was just too overwhelming. Clearly, the glass worked as designed; it enhanced all the aromas and flavor. But I started thinking that the glass might best be suited for lighter beers or sours.

Which brings us to Lindeman’s Lambic Framboise. What an experience! Honestly, this was the best glass of lambic I’ve ever had. I ended up pouring the thirds that I put into the pint and tulip into the Teku. The glass brought out everything one wants to find in a lambic, almost as if the glass was designed with sours in mind. 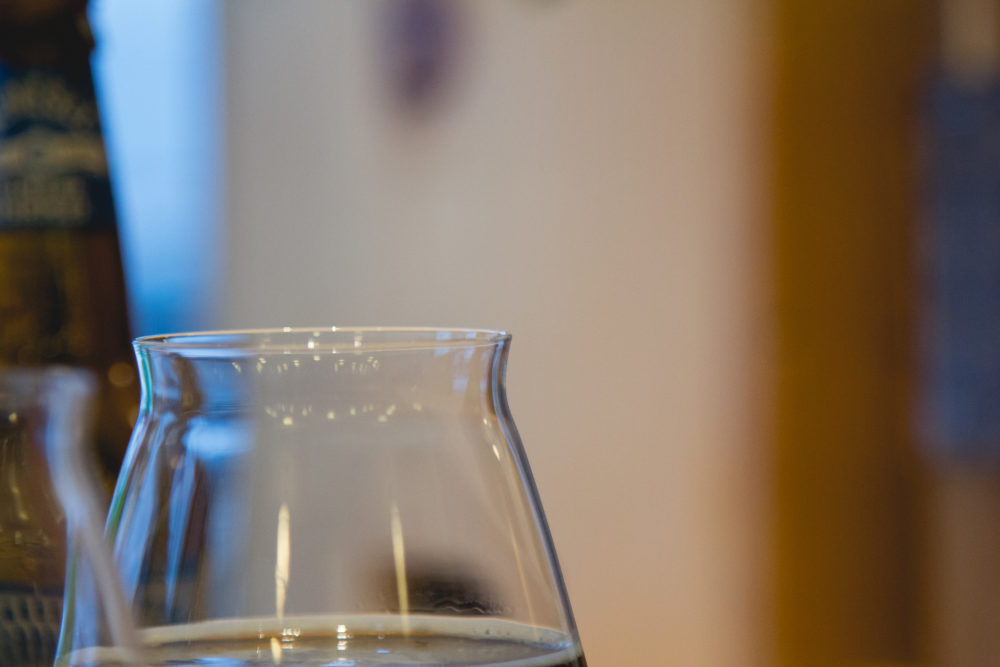 I think my idea that the Teku would function like a tulip glass wasn’t too far off, although they do offer distinct experiences. The Teku uses much thinner glass than a tulip, and its prominent lip added something to the beer as it rolled over it. It seemed like because of that additional contour, the beer came out of the glass a little lighter (read: more oxygenated?) than out of the straighter “exit” of the tulip.

I also felt like the beer stayed colder longer in the Teku than it did in the tulip. Having the stem to hold the glass meant not transferring the heat from my hand directly to the beer. I preferred the Teku to my tulip glass and will probably reach for it instead of the tulip in most cases. 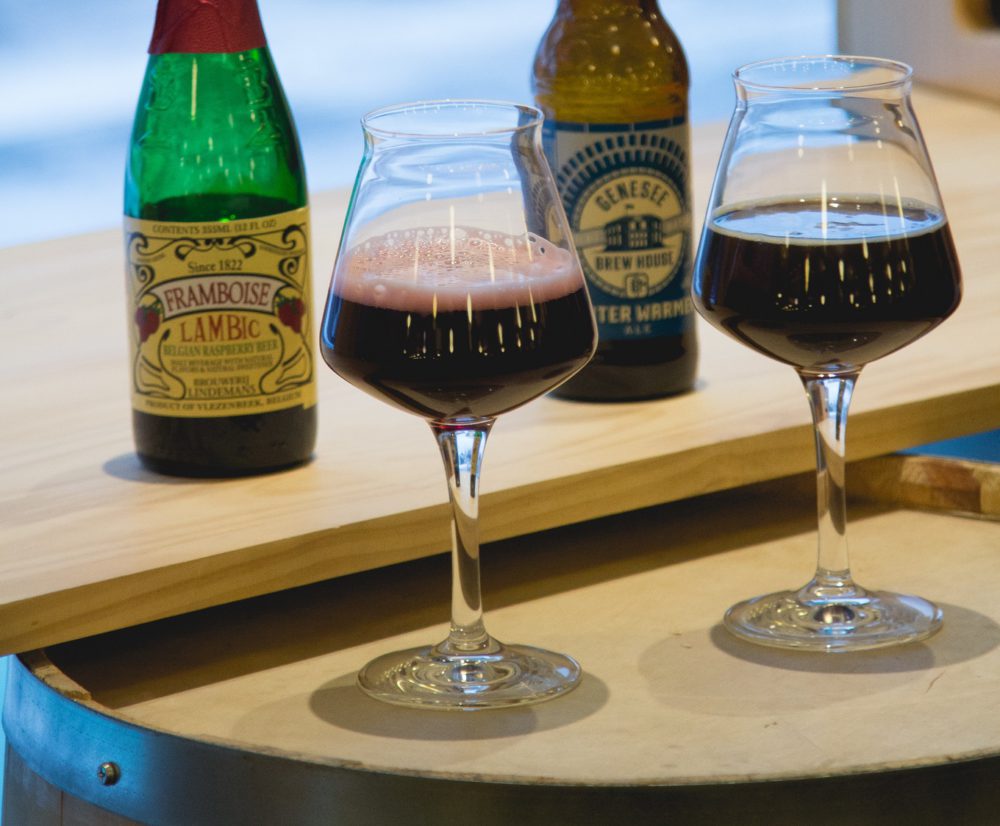 If you are a fan of sours, Teku is the glass that should top any wish list you make (or skip the list and grab one for yourself). The glass made drinking lambic an incredible experience. I don’t doubt the glass would also work insanely well with gruit, fruit, or heather beers. (Froach Heather Ale is one of my all-time favorite alcoholic beverages, btw.)

Unfortunately; if you’re into stouts, smoky beers, or IPAs, I think the Teku is a nice statement glass to own, but you will probably get less usage out of it.

Ultimately, the Teku is one of the most attractive beer glasses one can own, and it could be the perfect present for yourself or that beer lover in your life. They’re still hard to find, so I’m certain any beer enthusiast would enjoy receiving one, if for aesthetic reasons alone.

If you’ve used a Teku, let me know what you think of yours in the comments below!

Austin is a fan of homebrewed beer and dabbles in making it himself. A video game nerd, he’s content to stay in during the long Buffalo winters with his consoles or catching up on TV/movies, which he stays a comfortable 3-5 years behind the times on. He reserves Buffalo's short summers for home brewing and outdoor activities (hiking, disc golf, and cycling, mostly). Follow him on Twitter @EGF_ARWh1te or Instagram @arwh1te. 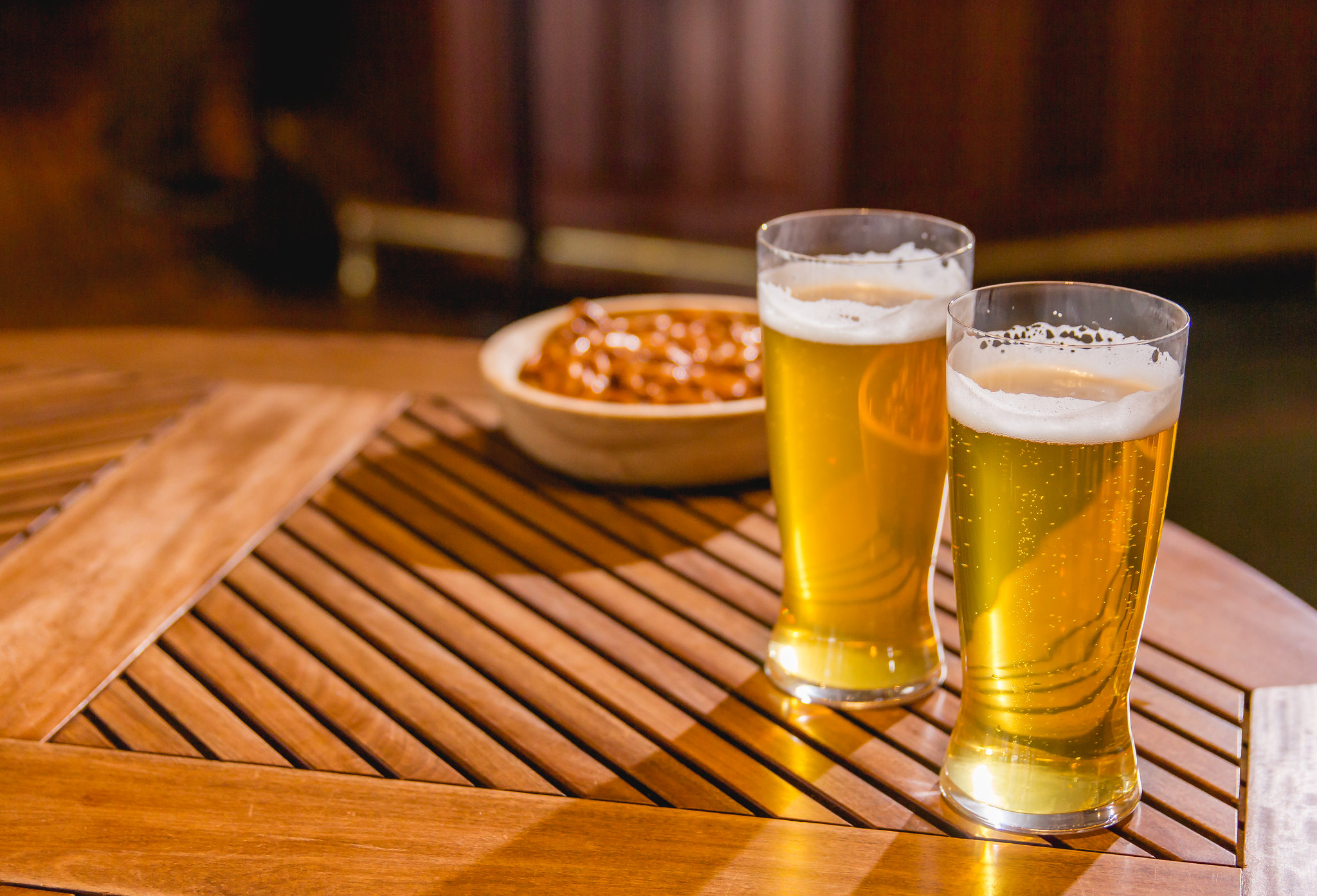 Introducing Insta-Beer, AKA the Answer to My Beer Dreams