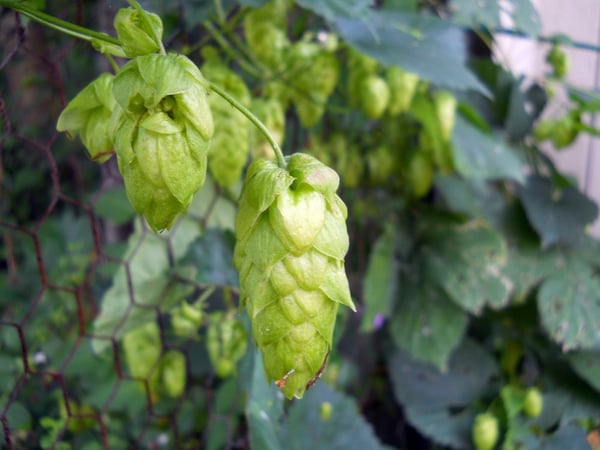 Hops are the green, cone-shaped flowers of the female hop plant, also known by its scientific name Humulus lupulus. (Have fun with that one after a few beers.) Hops are chock full of alpha acids, which are the primary bittering agent brewers use to balance the sweetness in the beer imparted by grain during the brewing process. Hops are also a concentrated source of the essential oils that lend many beers their signature, intoxicating flavors and aromas. And before modern refrigeration, hops served as an important beer preservative.

How Are Hops Used In Beer?

Brewers use hops in beer to varying degrees. In some styles, like the omnipresent IPA, hops take centerstage. In other styles, like stouts, hops typically play a less obvious role; they add backbone and depth, but the beer’s flavor and aroma is mostly defined by the grain bill.

Coaxing particular characteristics out of hops takes skill and experience. Brewers manipulate which varieties of hops they use and for how long they're boiled to achieve particular effects. 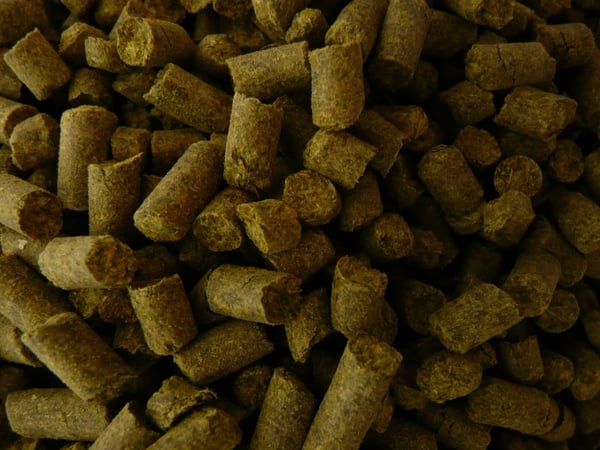 Hops come whole or in plugs and pellets, like these. Photo credit: Epic Beer/Flickr/CC BY 2.0

Just as there are dozens of varietals of grapes used for winemaking, there are a ton of different kinds of hops available to brewers. And just like wine grapes, hops of different strains and from different growing regions bring to the table (or should I say kettle?) different flavors, aromas, and bittering capabilities.

For starters, hop strains differ in terms of their alpha acid and essential oil levels. Hops with high amounts of alpha acids are especially useful for adding sharp, angular bitterness to a finished beer. Hops with loads of essential oils contribute the most in terms of flavor and aroma. Some strains have sufficient levels of both to be appropriate for all three applications.

In general, hops strains are categorized by their geography of origin. The three most prominent categories are Noble hops, which come from Germany and the Czech Republic; American hops from the United States; and English hops, from--your guessed it--England. Within each category, there are many hop strains to choose from.

Of the three categories, Noble hops, which includes strains like Saaz and Tettnanger, are considered the most classic. They are what lend traditional German and Czech pilsners and lagers their characteristic flavor profiles. Noble hops tend to be particularly rich in the high-aroma essential oil humulene and have low alpha acid levels.

American hops, including heavy hitters like Cascade and Centennial, tend to be bold, bright, and highly aromatic. In general, they have higher amounts of the essential oil myrcene, which gives them their characteristic citrus and pine notes.

In contrast, English hops (Fuggle is an example) have lower levels of myrcene. This allows the more subtle aromas of other essential oils to shine through. The profiles of English hops, therefore, tend to be more delicate and mild. Notes of earth, molasses, herbs, spice, and wood are common. English hops constitute only a small percentage of hops grown worldwide but are imperative to traditional British ales. 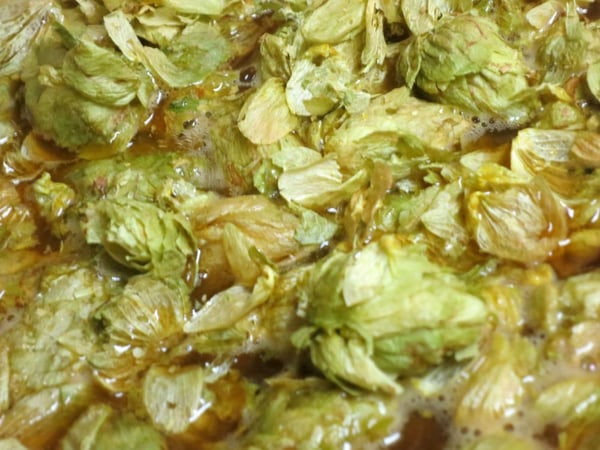 Brewers introduce hops to the beer making process after mashing. During mashing, grains steep in hot water to activate the malt enzymes and convert its starches into fermentable sugars. The sweet liquid byproduct is called wort, which must be boiled before it is fermented and turned into beer. During the boil, brewers add hops to the wort in stages to effect bitterness, flavor, and aroma.

At the same time, a long boil destroys the flavorful essential oils inherent to hops. If a brewer is using hops for flavor and wants to preserve those delicate compounds, he or she will add them later and boil them for a shorter duration--generally about 15 minutes but no more than about 30.

The essential oils in hops responsible for aroma are even more susceptible to the damaging effects of heat. For that reason, aromatizing hops are added at the very end and boiled for the shortest amount of time--typically not longer than five minutes.

Sometimes, aromatizing hops aren’t boiled at all. Instead, brewers may choose to steep them off the heat after fermentation, extracting the volatile oils slowly and gently over a period of days or even weeks. This method is called dry hopping, and it is commonly used in the production of Pale Ales and IPAs.

Getting to Know Different Hop Varieties

If you want to familiarize yourself with the different hop varieties available, you can order small quantities of hops online and spend time analyzing their aromatic profiles. More immediately, you should start reading the labels of the beer you drink. Breweries will often identify the hops used in a particular recipe on the bottle or can.

If a recipe uses multiple kinds of hops, it might be difficult to differentiate them at first. To educate your palate, try seeking out beers that showcase a single hop variety. Bell’s Brewery makes Two Hearted Ale with 100% Centennial hops, and it is widely available. Other  single-hop beers include: 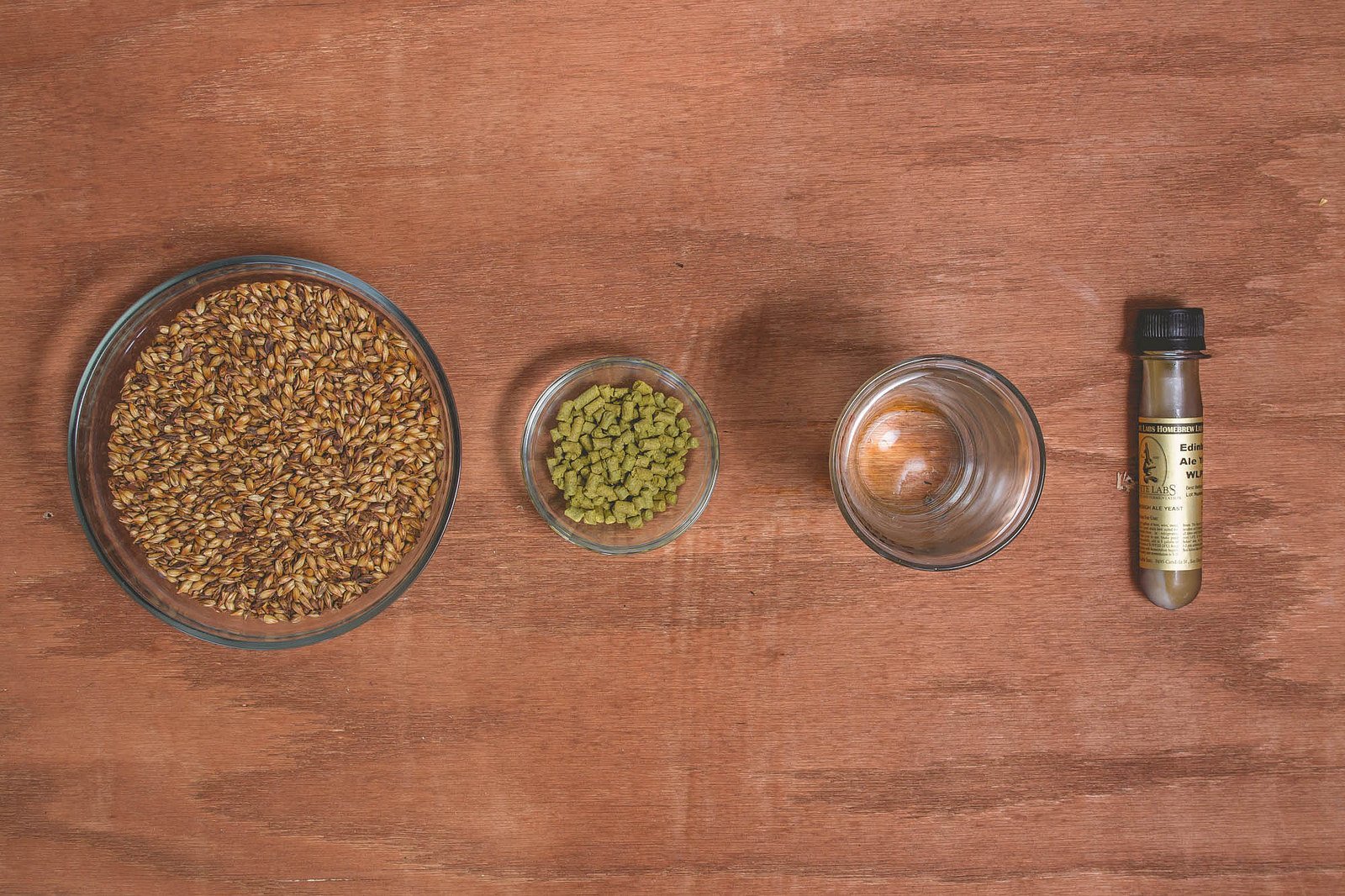