The German beer boot or “das boot” has a rich tradition in German beer-drinking culture. 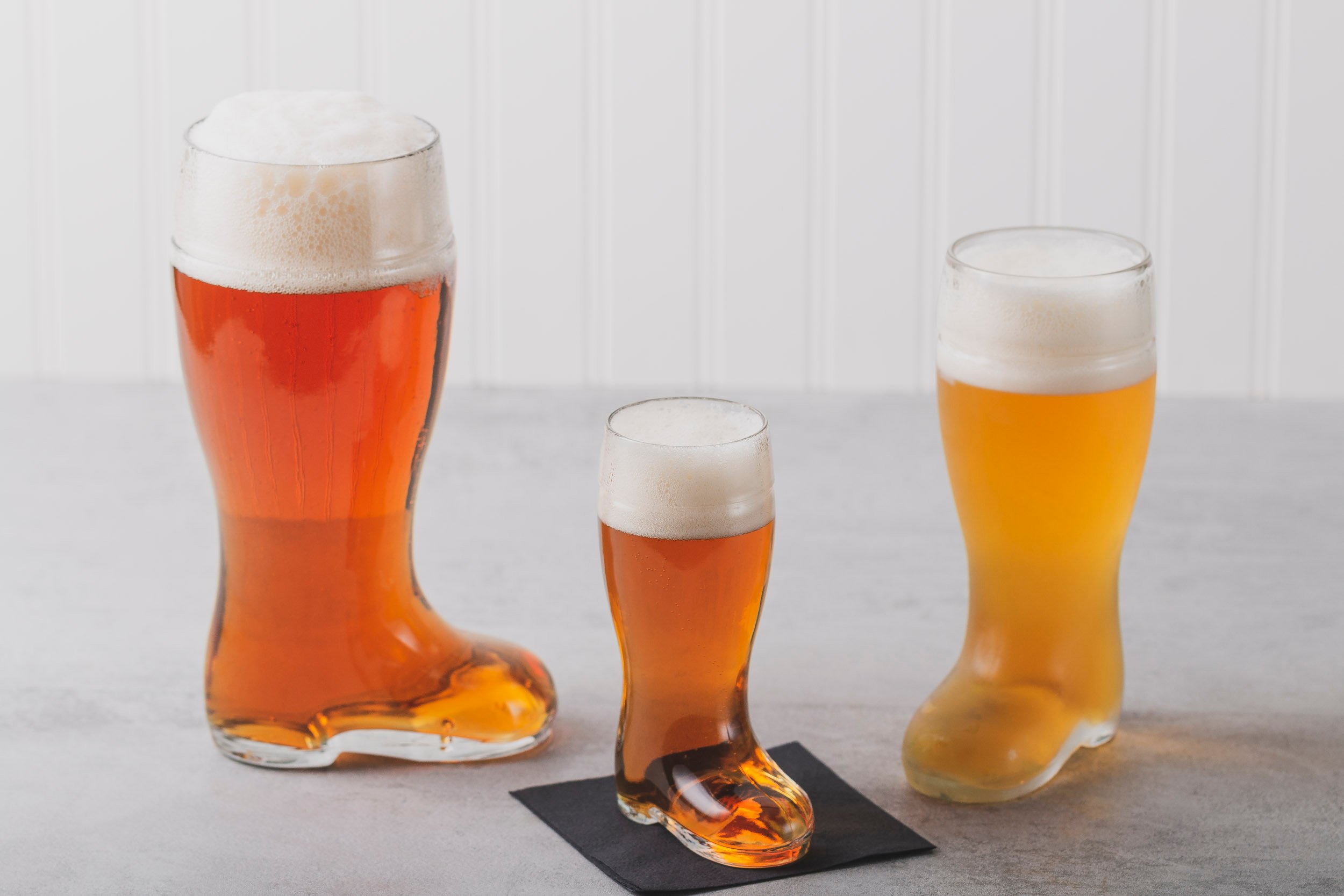 When you think about Oktoberfest or German beer one of the first images to pop into your head might be a boot-shaped glass of beer. While it became a staple of American party culture since the start of this century, its history in Germany goes back much further.

What Is A Beer Boot (Das Boot)?

Beer boots, or “das boots,” as they are affectionately referred to, surged in popularity at beer festivals and rowdy parties in the United States since it was featured in the 2006 movie Beerfest. They are made from either mouth-blown or machine-pressed glass. The traditional standard beer boot is two liters, but you can find them in various sizes, including half-liter beer boots and one-liter boots.

How Much Beer Can A Boot Beer Hold? 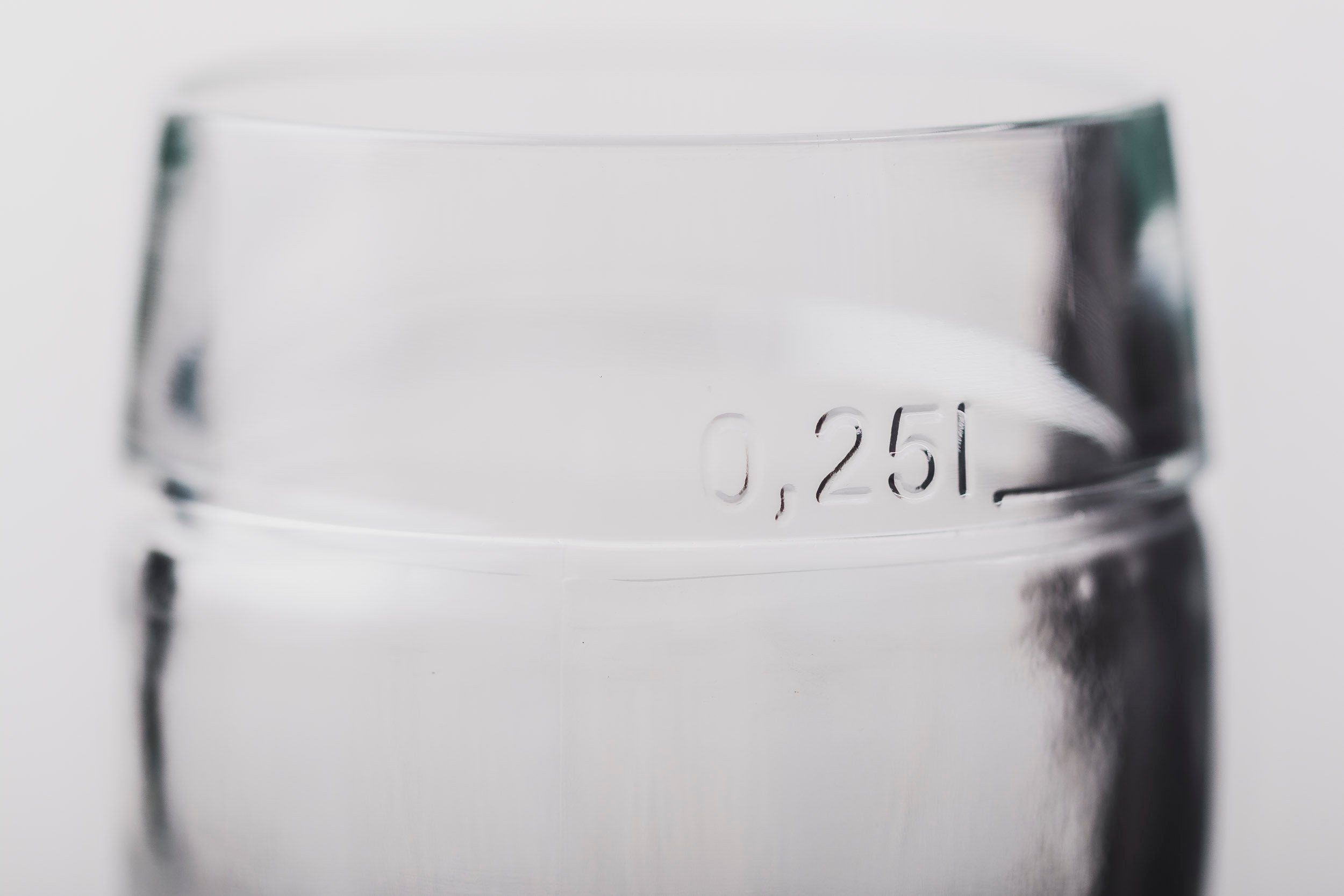 A two-liter beer boot holds about 67 ounces of liquid, which is almost as much as a six-pack of 12-ounce bottles or cans (72 ounces).

What Does Das Boot Mean In German?

If you go to Germany and try to order a “das boot” you might not like what you get in return. The word boot in German means boat. That will explain things if you get a boat full of beer when you order one. The actual German word for boot is stiefel, so the proper word for beer boot in German is bierstiefel. 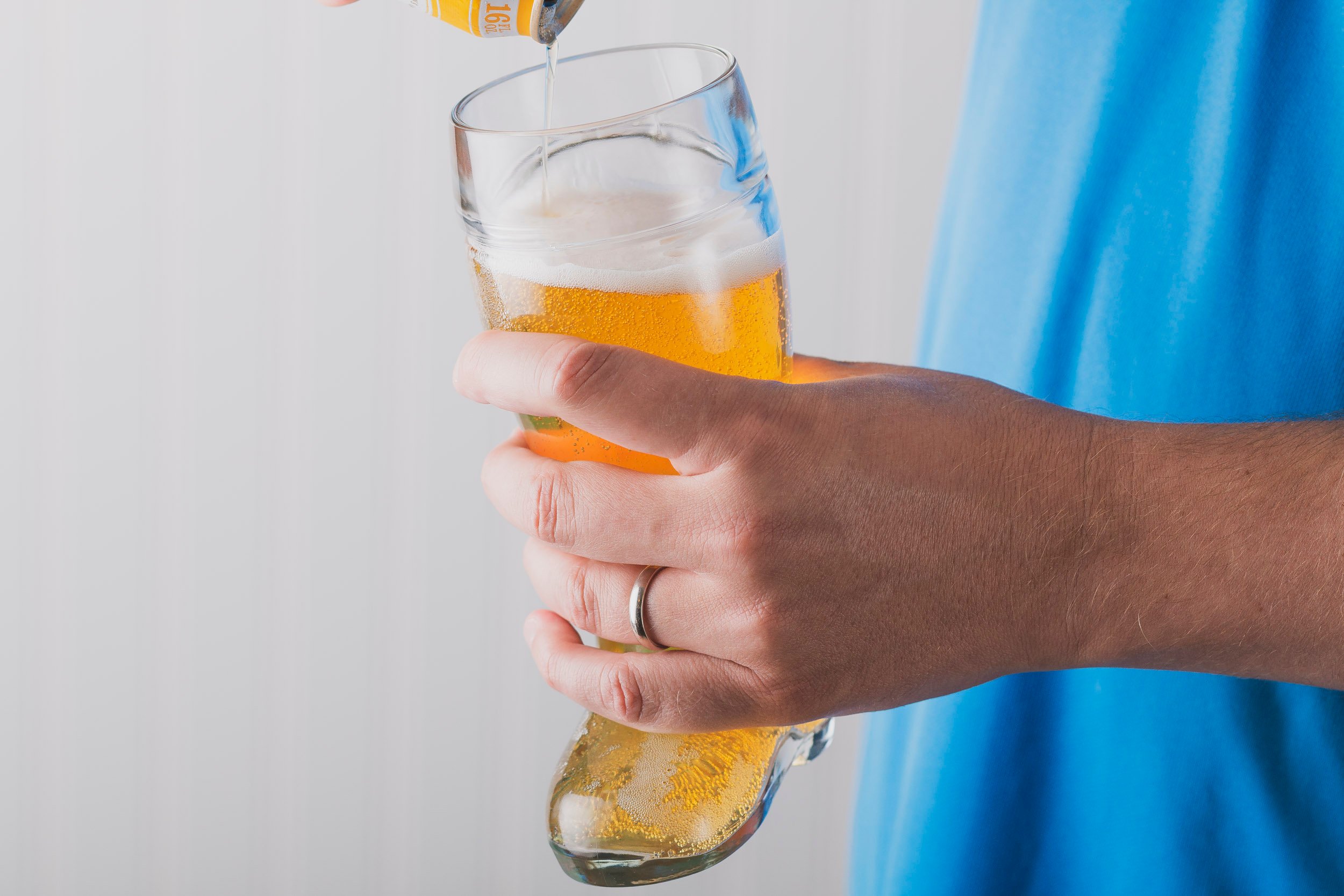 Despite their place in American popular culture, the bierstiefel is an authentic piece of Bavarian beer culture with a somewhat murky origin story. Most sources credit a Prussian general for starting the glassware trend. According to legend, he promised his troops he would quaff a beer from his own leather boot in exchange for a win on the battlefield. When his men proved victorious, he commissioned a glass likeness of his boot to spare himself the displeasure and humiliation of drinking foot beer from the real deal. From there, it is believed the glass gained popularity, and in time, it was folded into Oktoberfest traditions. The beer boot eventually made its way to North America thanks to the returning World War II soldiers who observed the tradition while serving overseas.

The act of drinking from a boot may, in fact, be rooted deeper than said tale would leave one to believe. There are people who theorize about these things, and some of them posit that forcing a comrade to drink from stinky footwear as a show of initiation or punishment might have been a medieval form of group hazing. Further, archaeological evidence suggests people of Central Europe have been making shoe-shaped vessels for centuries. Whether those vessels held beer or not is anyone’s guess.

Part of the fun of the beer boot is the challenge it poses. Its novel shape causes a large air bubble to form as the beer is consumed. When the bubble makes its way to the toe with the tilting of the glass, it has sort of a tidal wave effect, causing the remaining beer to surge toward the drinker’s open mouth at a faster-than-expected rate. If the drinker is unsuspecting, the typical result is spilled beer down the front of his or her shirt. Pretty humiliating.

How To Drink From A Beer Boot

The trick to avoiding a shamefully dampened shirt is to release the bubble slowly. Start drinking from the beer boot with the toe pointed directly away from you. As the bubble moves down the glass, gradually rotate the boot 90 degrees in either direction so that by the time the bubble reaches the toe, the toe is pointing to the right or left. This lessens the pressure, ensuring a smooth drinking experience. 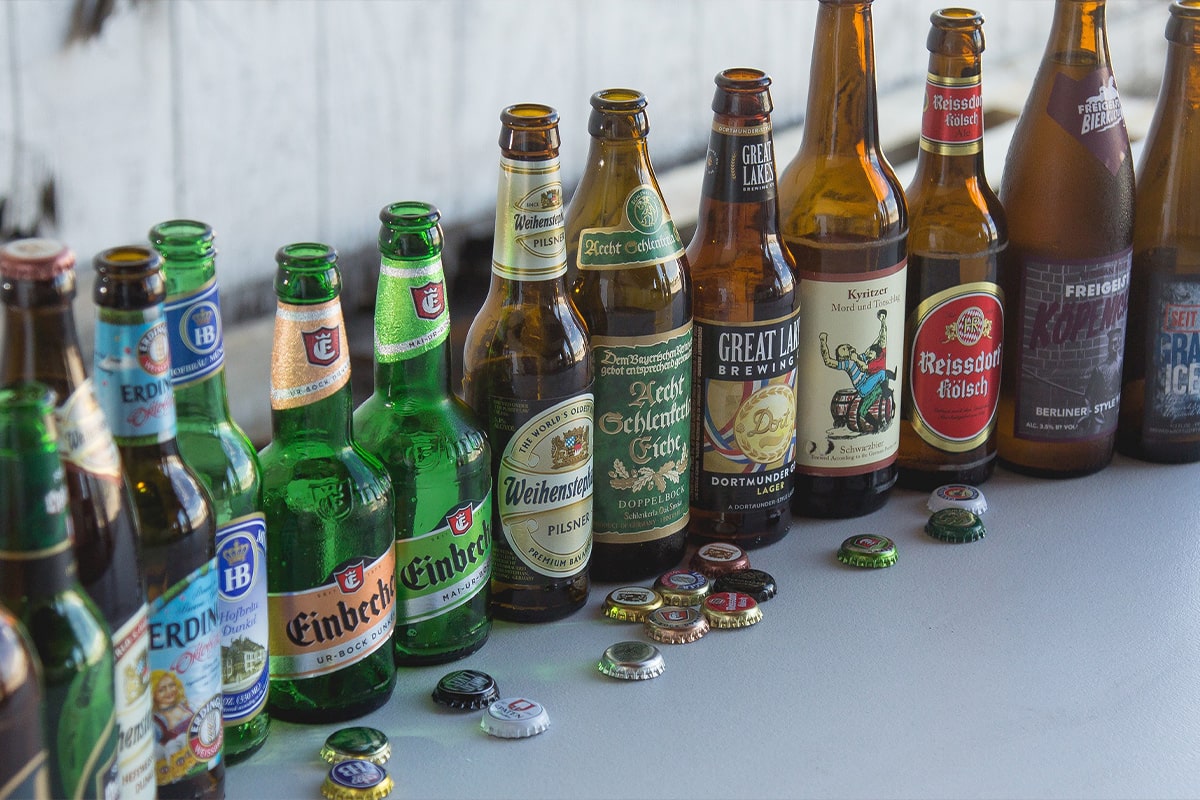