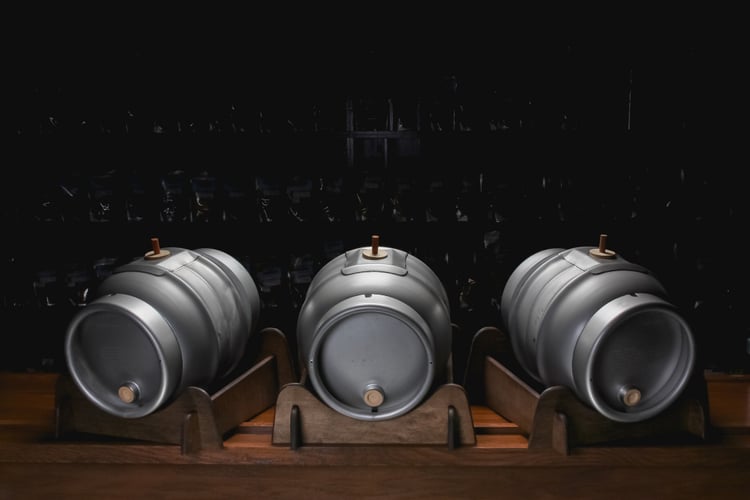 Cask ale (a.k.a., “real ale”) brewed according to traditional British methods is making headway in the United States, but it is still far from mainstream. One of the reasons for its slow ascension is a lack of understanding of how to properly store and dispense it. Another reason is casks ale’s short shelf life, which can affect profitability if not planned for correctly.

Tyler Jackson and Thomas Thorpe know all too well the challenges cask ale presents. They are co-owners of Chicago’s Present Tense Fine Ales, a cask ale brewery-in-planning that aims to be known for remarkable, traditional English beer. According to the brewery’s mission statement, they are also driven by an insatiable conviction to live in the present and to delight in the moment, so it’s not surprising that, for them, the pleasures of cask ale override everything.

“The flavors, aromas, and textures [of cask ale] are unparalleled and found in no other beverage on the planet. It's unique; it's delicious,” Thorpe insisted.

Jackson adds to cask ale’s list of merits the simple pleasure of enjoying a well-crafted pint in a traditional pub setting.

“It is an experience like no other. Cask ale is a cultural treasure that should be honored and respected.”

What Is Cask Ale

Cask ale is a style of draft beer brewed from barley, hops, yeast, and water that undergoes secondary fermentation in the container from which it is dispensed. The yeast in cask ale remains alive and active, and it is dispensed without the use of extraneous gases. The result is a lightly carbonated, rich and complex brew that tastes as beer would have before modern preservation methods and draft dispensing systems. 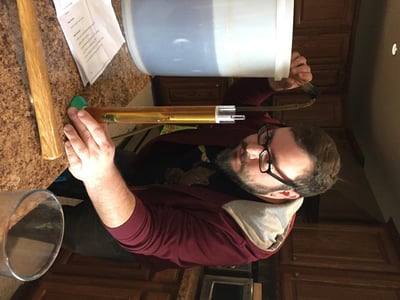 How Is Cask Ale Made?

The cask ale brewing process begins much like any other. After primary fermentation, however, the beer is not filtered or pasteurized; instead, it is transferred to a cask (from which it will later be served) for secondary fermentation and conditioning. Casks come in a variety of sizes, but the most popular is the 9-imperial-gallon firkin, which is equivalent to 10.8 U.S. gallons. Traditionally made of wood, it is now much more common to use stainless steel or plastic casks, which are significantly more affordable and easier to clean and maintain.

While in the cask, active yeast feeds on either residual sugars in the wort or sugars added by the brewer (called primings), which naturally carbonates the beer. At the same time, the beer’s flavor matures and becomes more complex. Optional dry hopping also occurs at this stage, and fining agents like Irish moss or isinglass may be added to flocculate the yeast and facilitate final clarity.

Proponents of cask ale insist this authentic brewing method has a number of advantages. That it avoids exposing the brew to the high heat of pasteurization not only keeps yeast in play, it also allows the final product to retain the full bouquet of its flavor and aroma compounds. And because cask ale bucks forced carbonation, it is gently as opposed to aggressively fizzy, which advocates say lets its true, nuanced taste shine through.

But it is a process that takes an understanding of theory and chemistry as well dedication and loads of practice to master. In order to bring authentic cask ale to Chicago via Present Tense, Jackson spent several months working for a brewery in North Yorkshire in England. He also traveled all over the United Kingdom visiting breweries and pubs, and meeting with cellarmen and industry professionals.

“And of course, I drank more pints than I can count,” Jackson quipped. “To understand how to make cask ale, you must first understand what the end product is supposed to be.”

How Is Cask Ale Served?

Beers made via the cask method should be served clear and at cellar temperature (which runs somewhere between 50° and 55° F). To achieve these objectives, the cask must be tended to properly. 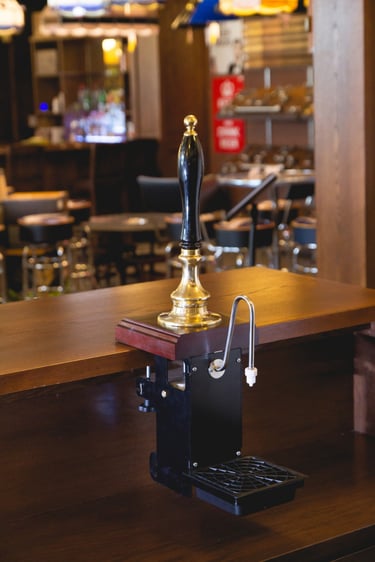 Cask Ale Beer Engines like this one are commonplace in British pubs.

Because cask ales are not filtered during the brewing process, they carry a risk of cloudiness. To help ensure clarity, a ready cask should left to rest precisely where it will be served for a minimum of 24 hours before pouring. This process, known as stillgating, allows the yeast and sediment suspended in the beer to settle at the bottom of the cask.

A cask ale also needs to be vented. During venting, a porous wooden peg called a soft spile is driven into the shive, which allows excess CO2 to escape from the beer, thus bringing the ale into compliance with carbonation standards--not too fizzy and not flat. In the process, bubbles form around the spile, which can be used to gauge where the ale stands in the conditioning process. Slow bubble formation indicates that venting is complete. When this occurs, the soft spile is replaced with a hard spile to prevent additional gas from escaping the cask.

Once venting is complete, a cask may be tapped. Because cask ale, by definition, cannot be dispensed with CO2 or nitrogen, it is pulled from cask to glass by the force of gravity. In the process, the ale makes contact with the sediment that settled at the bottom of the cask, which imparts to the beer additional character.

There is, however, one alternative to gravity dispensing, and it comes in the form of a cask engine, or hand pump, which are typical in pubs across the United Kingdom. Cask engines clamp easily to the edge of a bar or counter and are used to siphon beer from the cask. They can be procured new or refurbished.

Jackson is a huge proponent of beer engines.

“A beer served on cask through a beer engine should have a life and vibrancy and texture that puts a carbonated beer to shame. When a bar serves a cask on gravity, that life and vibrancy is difficult to recognize. But when a bar serves a properly conditioned beer on cask through a beer engine, it is impossible to not recognize the art and beauty of a pint.”

What Are Common Cask Ale Mistakes?

According to Jackson and Thorpe, there are dozens of mistakes one can make when brewing cask ale, but there are a few that stand out as particularly common among U.S. bars and breweries: 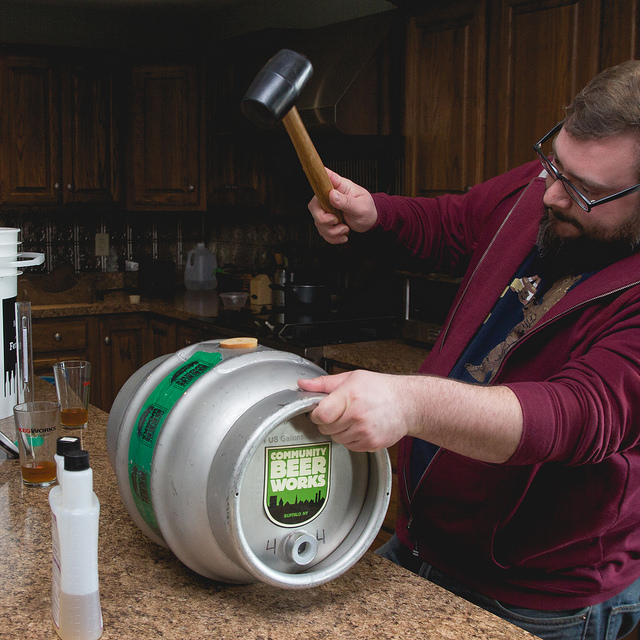 KegWorks' real ale aficionado, Alex, seals a firkin of ESB with with a bung using a cask ale mallet.

What Challenges Does Cask Ale Present?

The guys at Present Tense are quick to admit that cask ale presents many challenges. According to Jackson, that it has a shorter shelf life and requires more intentional handling, specialized equipment, infrastructure for serving, and knowledgeable cellarmanship are just a few of the obstacles to taking cask ale commercial. For these reasons, off-premise sales can be tricky because bars need to be capable of handling cask ale properly.

Jackson and Thorpe also point out that cask ale and English ales, in general, tend to either be unknown by customers or misunderstood. To their dismay, many people associate English and cask ales with warm, flat, earthy, watery, or boring beer.

“That's a misconception, whether earned or not, that we are trying to battle against,” Thorpe admitted. “The truth is our beers are served chilled, carbonated, and with loads of flavor and aroma that range from toasty and biscuity, to floral and fruity, to spicy and toasty, and beyond. There is hardly an end to the complexity and subtlety of English cask ale, and our dream is to share that with Chicago.”

The onus is thus on a brewery or bar serving cask ale to educate its consumers and teach them of the virtues of cask ale.

“Once a consumer understands cask ale and knows how to distinguish a proper pint, the cask ale will sell itself from that point,” Jackson attests. “My advice for others interested in cask ale would be to...not make compromises. If someone is interested in producing cask ale, do it right. It’s about time that the American craft beer consumer be allowed to experience what cask ale truly is.” 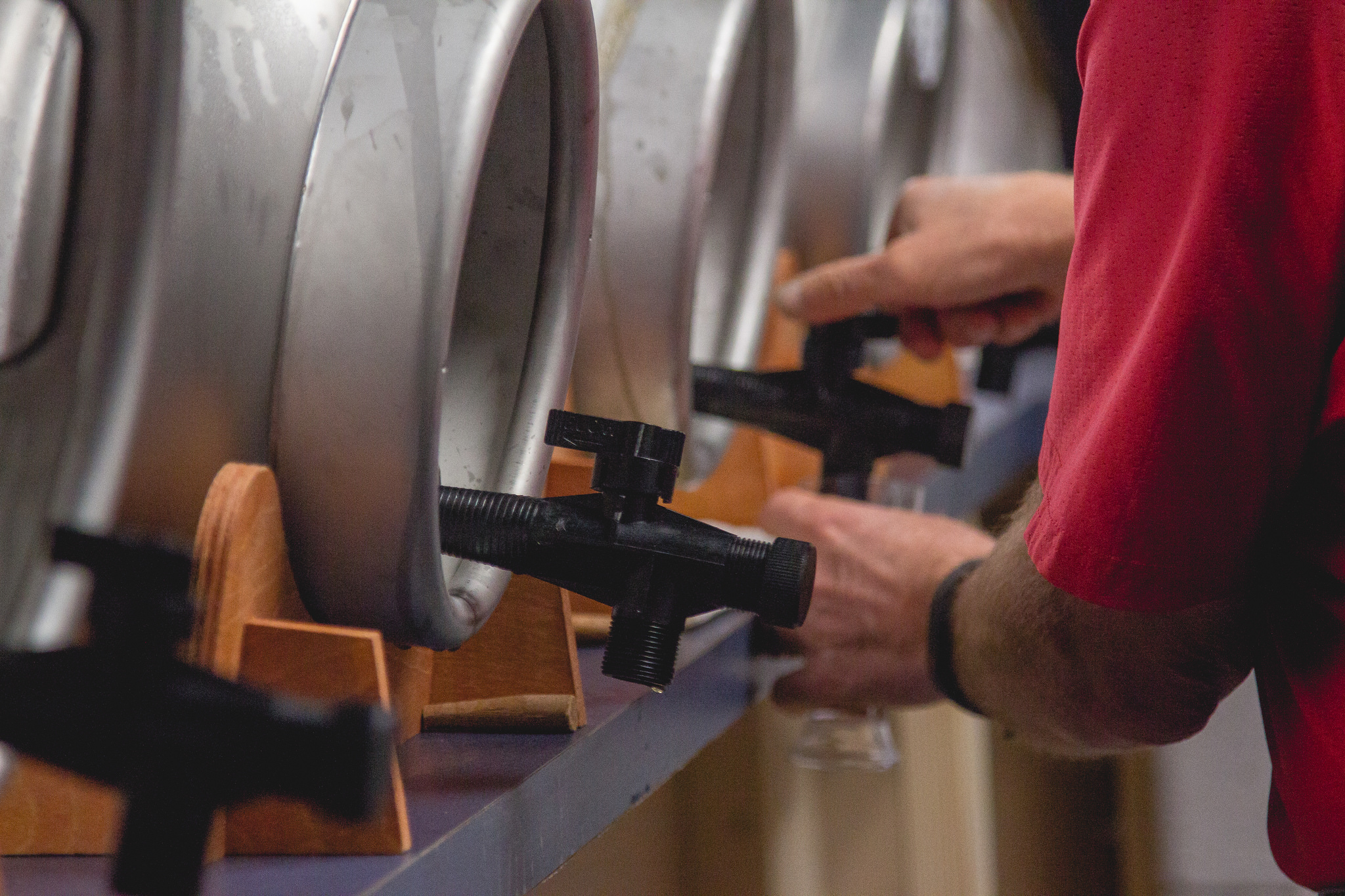 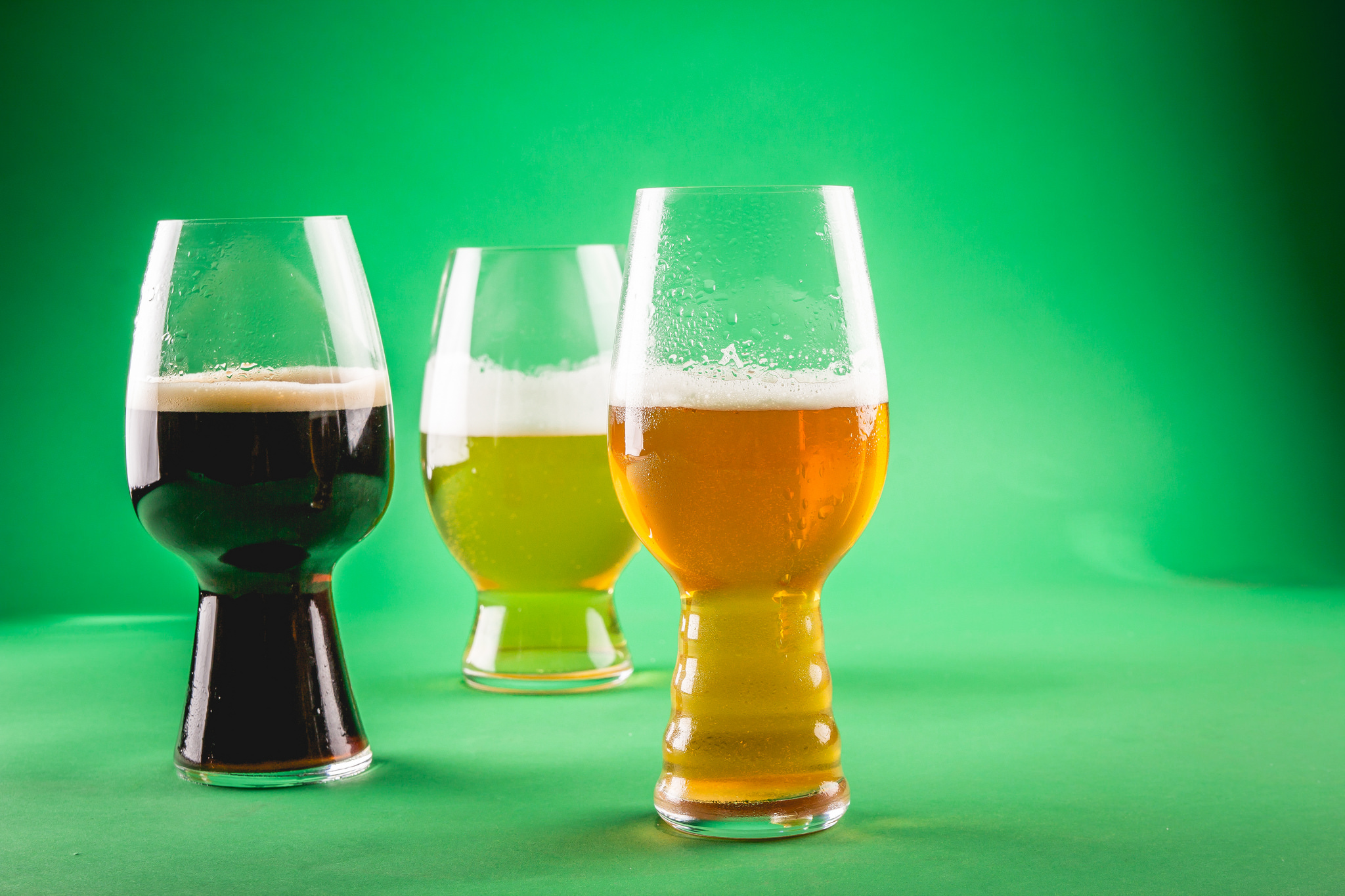 Ale vs. Lager: Determining the Differences Between Both Types of Beer