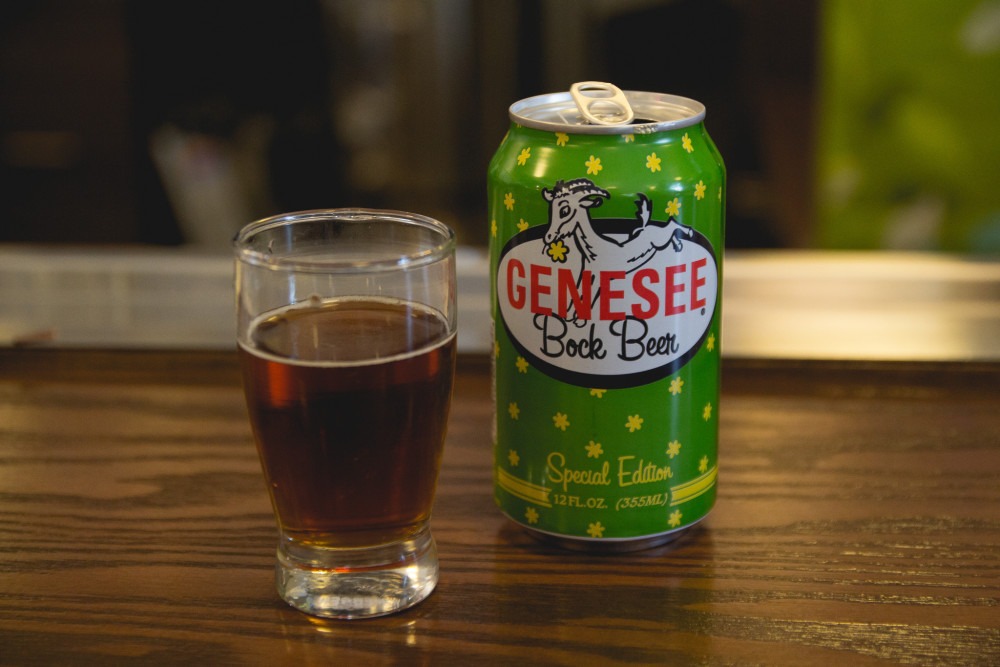 There are few sweeter ways to toast the coming of a long-awaited spring than taking a pull from a glass of malty German bock. And with temperatures this week climbing into the 60s, at least in our neck of the woods, we here at KegWorks couldn’t resist a celebratory swig.

The tradition of drinking low-hop bocks in late winter and early spring dates back multiple centuries to a time when monks brewed and lagered  the rich and filling beers to sustain them through Lenten fasts. One theory suggests the word bock, which means male goat in German, is derived from the medieval custom of brewing bocks in winter under Capricorn, the astrological sign of the goat. Another theory traces the etymology to a mispronunciation of Einbeck, the city in Germany where the style of beer was purportedly invented. Whatever the true origin of the name, the release of bock beers have come to symbolize a sort of libationary bucking of winter’s cold, depressing grip.

To collectively welcome spring, a panel of six of us opted to taste Genesee Bock by Genesee Brewing Company in Rochester, New York. It’s a spring-release beer that has the added appeal of being served in a cheerful green can, bedecked with yellow flowers and a jaunty cartoon goat. Visually speaking, it not only screams “f*@& winter” but also looks oh-so-festive for St. Patrick’s Day parade pre-gaming. Bonus. 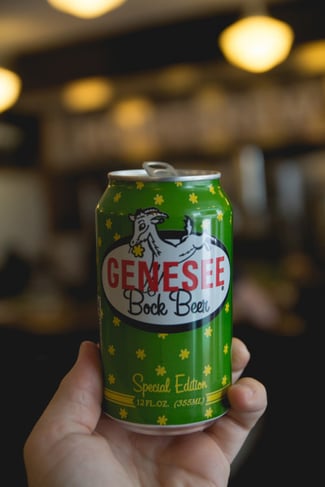 Our tasters agreed, this medium-amber beer had good clarity and an off-white, quick-to-fade head.

Our tasters’ reaction to the aroma was slightly more varied, but “yeast” and “malt” were the common denominators, with one person remarking, simply, “BREAD!” More rigorous sniffers picked up notes of honey, and one detected adjunct of the rice-corn variety. Across the board, the aroma was described in positive terms, including the straightforward but definitive “delicious.”

There was less accord when it came to evaluating the taste, but any disagreement seemed to be more a matter of personal beer style preference than a discernible flaw in the bock itself. One panelist, a homebrew enthusiast, loved that the beer had “great Munich malt flavor with just enough hops to balance” and a “clean/dry finish.” Another praised its “refreshing” qualities and “malty goodness.” Our resident IPA lovers acknowledged but were less enamoured with the sweet, honey flavors. One called the beer’s taste “weak.”

Panelists called it a medium-bodied bock with moderate carbonation and little to no astringency.

Most tasters on our panel thoroughly enjoyed this beer, calling it “great,” “a good value at $8.99 per 12-pack,” and “not too shabby!” Another, describing it as “yummy,” remarked he would surely buy more of it for the spring season. Still, two panelists weren’t fans, declaring it a beer they wouldn’t drink again. With two-thirds of the panel solidly in its corner, though, and at such an approachable price point, Genesee Bock is a beer we can confidently recommend. 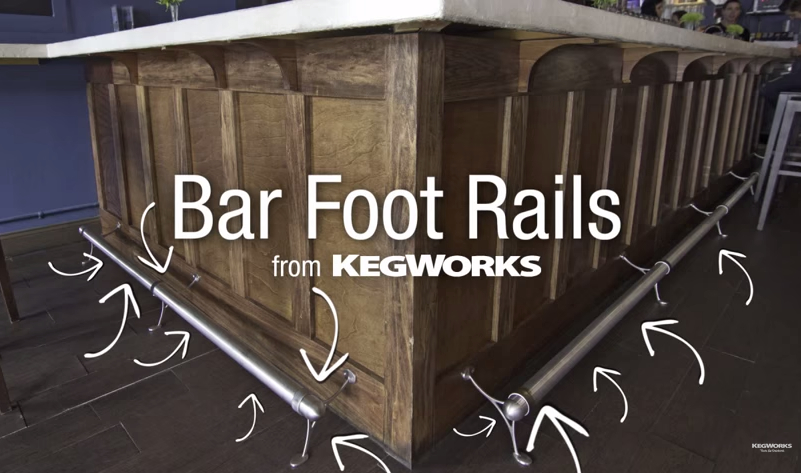