Until recently, I just wanted the most efficient way to get beer in my mouth. I didn’t give glassware much thought. But after some revelatory experiments with whiskey, I decided to put specialty beer glassware to the test.

Don’t get me wrong. I fully support throwing back the occasional can of PBR (or four) without any pomp or circumstance. But when enjoying specific styles of painstakingly crafted beer, I suspected glassware might actually matter.

So, I enlisted my friends at Village Beer Merchant to recommend some seasonal beers and different styles for a little experiment. With their help and the incredible selection of beer-specific glassware Kegworks offers (DID YOU KNOW THEY HAVE WAREHOUSE PICK UP IN BUFFALO?!!! Gamechanger!!), me and my GirlsDrink.Beer cohorts got to the bottom of things.

We picked six very different beers along with stylistically correct glassware, tasted them side by side in a 4oz beer tasting glass and in their appropriate glass. The difference was remarkable. 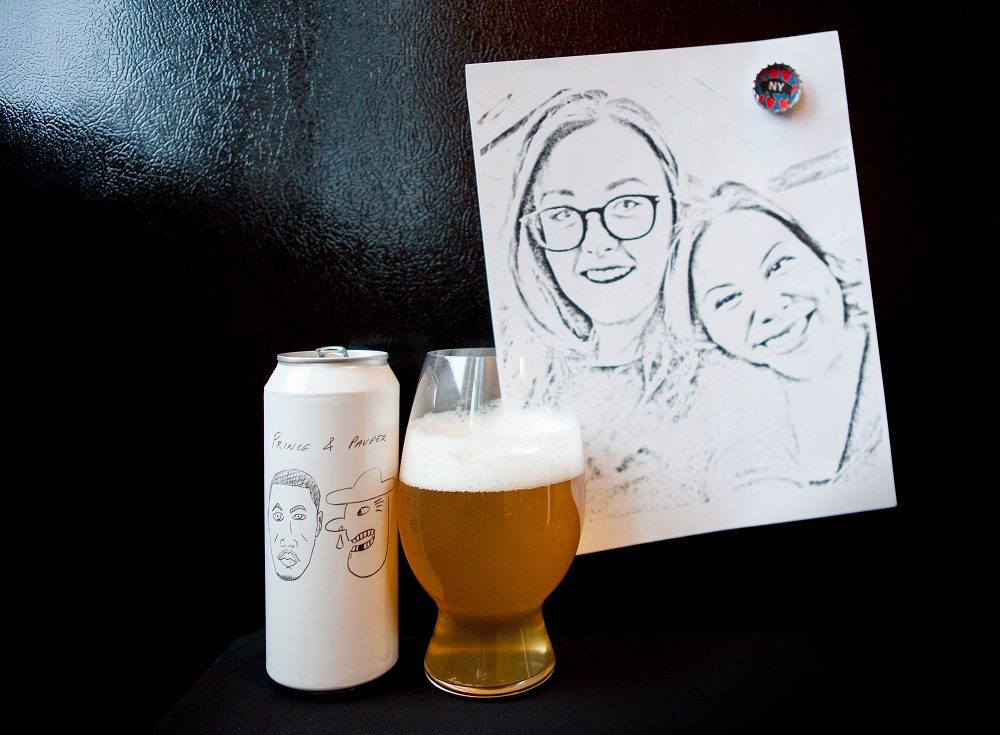 Tasting notes: This was a clear winner; we all loved it. Initially, when we tasted it in the 4-ounce glass the aroma was lost, and the flavor was very one note. When drank out of the witbier glass, everything changed. The shape of the glass is designed to enhance the brightness of flavors and aromas, plus it has a great feel in your hands. The citrusy, grassy aroma really came through, and the crisp and clear hoppy flavors came out. I went back for seconds. It’s a truly drinkable beer in a style that is not commonly found. 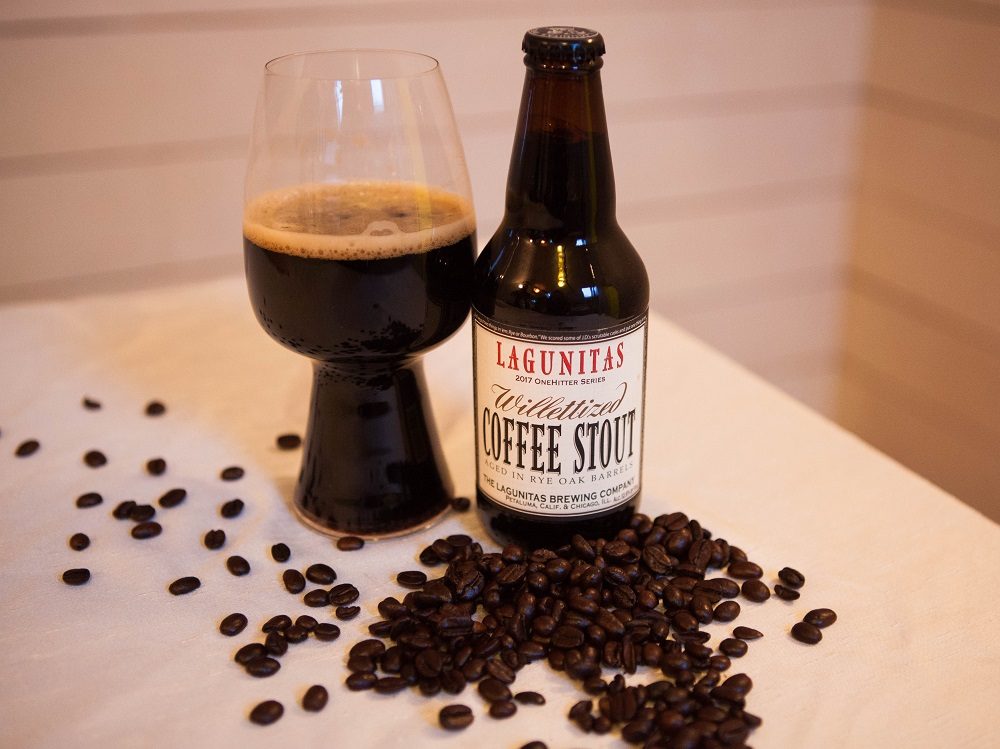 Tasting notes: When poured into the 4-ounce tasting glass, the color was very dark and robust, and the nose was very strong, Flavor-wise, it was sweeter than I would like. I have to say that my initial reaction was not good; I did not enjoy this beer.

Then, we poured it into the stout glass, gave it some time, and boy, did that make a difference! The color was still dark and robust, but the aroma was much more complex, with defined smoke and chocolate. The flavor improved immensely. In the right glass, we tasted the coffee, with subtle notes of rye and bourbon from the barrel ageing process. This beer is a beast! It’s definitely a good one to share. 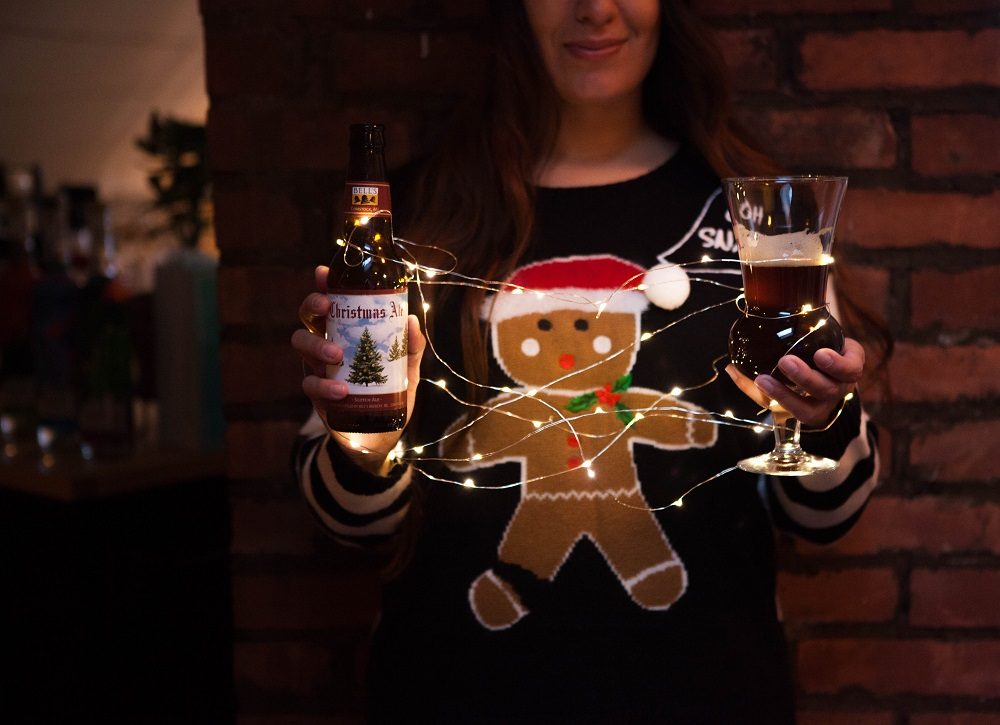 Tasting notes: This one was a surprise. The aroma was spicy and rich in the 4-ounce tasting glass, but completely lost when it was poured in the thistle glass, offering further proof that glassware does make a difference. This glass is a modified version of the tulip beer glass. Shaped like a thistle (Scotland’s national flower), it has a much wider mouth than other beer glasses. I suspect this is the reason the aroma dissipated. However, the flavor was so much more complex and pleasant when drank out of the thistle versus the 4-ounce glass. It made a world of difference. When drinking if from the 4-ounce glass, the beer came through as a solid representation of the style. But honestly, it was nothing special. In the thistle, all the caramel and maltiness came through beautifully. 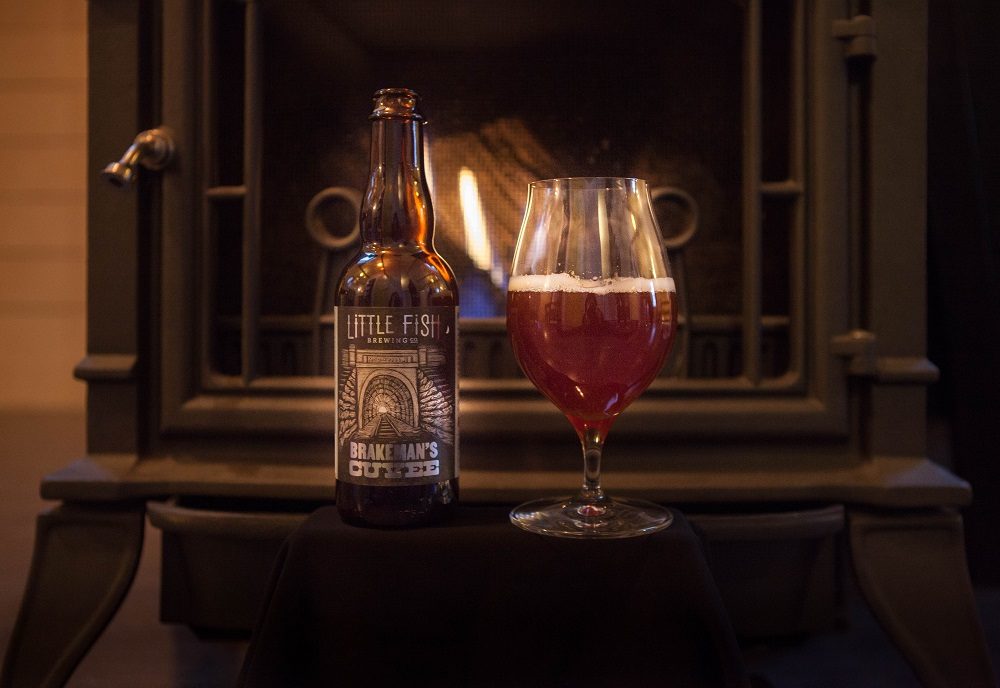 Tasting notes: Let me begin by saying I was super impressed when I visited this brewery in Athens, Ohio, a couple weeks ago. They are brewing some truly interesting (and delicious) beers, and Brakeman's Cuvee is no exception. It's a beer blend that changes from year to year, but it always starts with a dark sour ale aged in bourbon as a base.

This particular batch incorporates 67% sour brown rye in second-use bourbon barrels, 22% bourbon barrel-aged strong dark ale, and 11% bourbon barrel-aged sour red ale with apricots. If beer were a saint, I would pray to this one. The aroma was the same in both the 4-ounce glass and the barrel aged glass: woody, acidic, and funky (in the best way). In terms of flavor, the glasses provided different experience. In the 4-ounce glass, it was smooth, earthy, and tart. The barrel aged glass enhanced things exponentially. It became velvety on the tongue and tart on the back, with pleasant small “champagne like” carbonation and notes of bourbon, apricot, and barnyard funkiness. I think I’m in love (with the beer and the glass).

Tasting notes: This beer did not change much when tasted from the different glasses. The color intensified once in the IPA glass, as did the aroma and brightness of flavors. It was just the right amount of malty with a deep gold hue and the citrusy notes of centennial hops, tropical fruit (we tasted a lot of pineapple) from the El Dorado hops, and pine notes from the Chinook. Balanced and classic. Solid seasonal IPA. 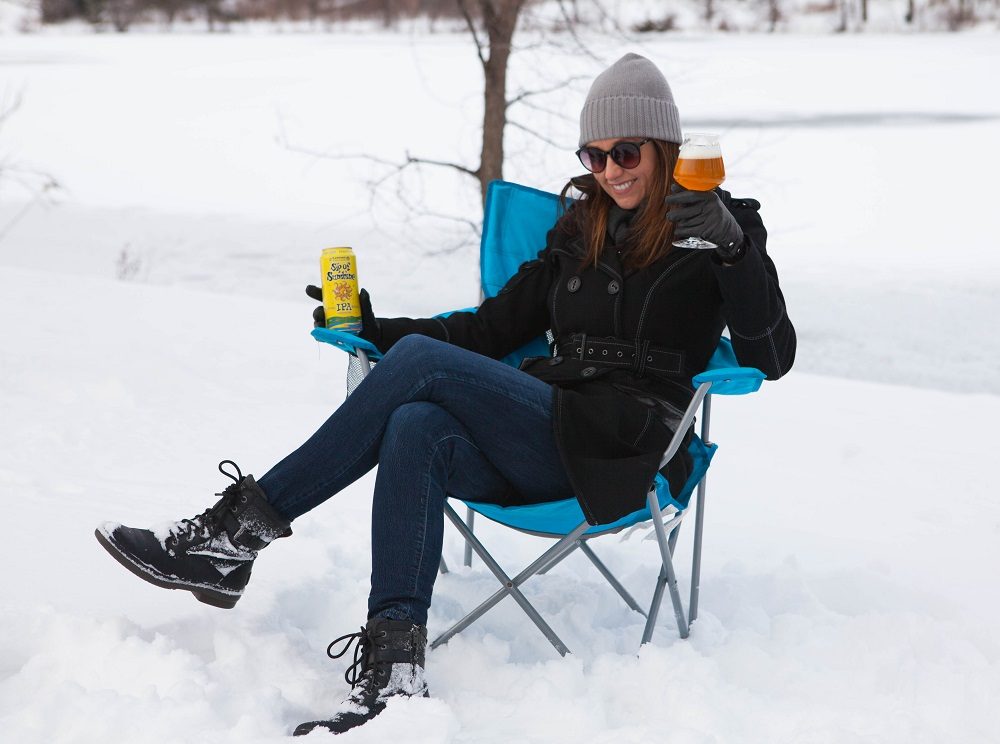 Tasting notes: Let’s just start by saying that this is the Tesla of beer glasses. I am obsessed and think you need a Teku in your life.

I chose the mini version (it also comes in a 14.2-ounce version) because I prefer a smaller size glass. The portion is perfect for me. The angled bowl does wonders for the aroma, and because this beer is already super fragrant, it was truly like sniffing sunshine on a snowy day. Heavy ropical notes reminded me that it is summer somewhere. I truly appreciate the stem on this one so I don’t transfer heat to the beer from my hands. Sip of Sunshine is already a pretty remarkable IPA, so drinking it from the 4-ounce glass was not a bad experience (if you’re doing this, I would just drink it from the can). However, drinking it from the Teku set it to music. The layers of hops just keep coming! In Lawson’s words: “Pour mindfully, inhale deeply, and enjoy a tropical vacation in a glass.”

What did we learn? Shape definitely makes a difference in the overall sensory experience of beer drinking. The correct glass will enhance the flavors and aromas in a beer. Plus, nice glassware just feels better in your hands. Compared to a clunky, thick-walled pint, the delicate crystal is luxurious. In certain cases, even the stem plays an important role, allowing the optimal amount of heat transfer to the surface of the glass and enhancing the flavor of an imperial stout or barley wine. If you are interested in diving deeper into the world of craft beer, investing in some glassware will be worth your while. The difference in the aroma and taste is absolutely worth it in our book. With all that said, we will never turn down the chance of throwing back a few cold ones straight from the can. Cheers! 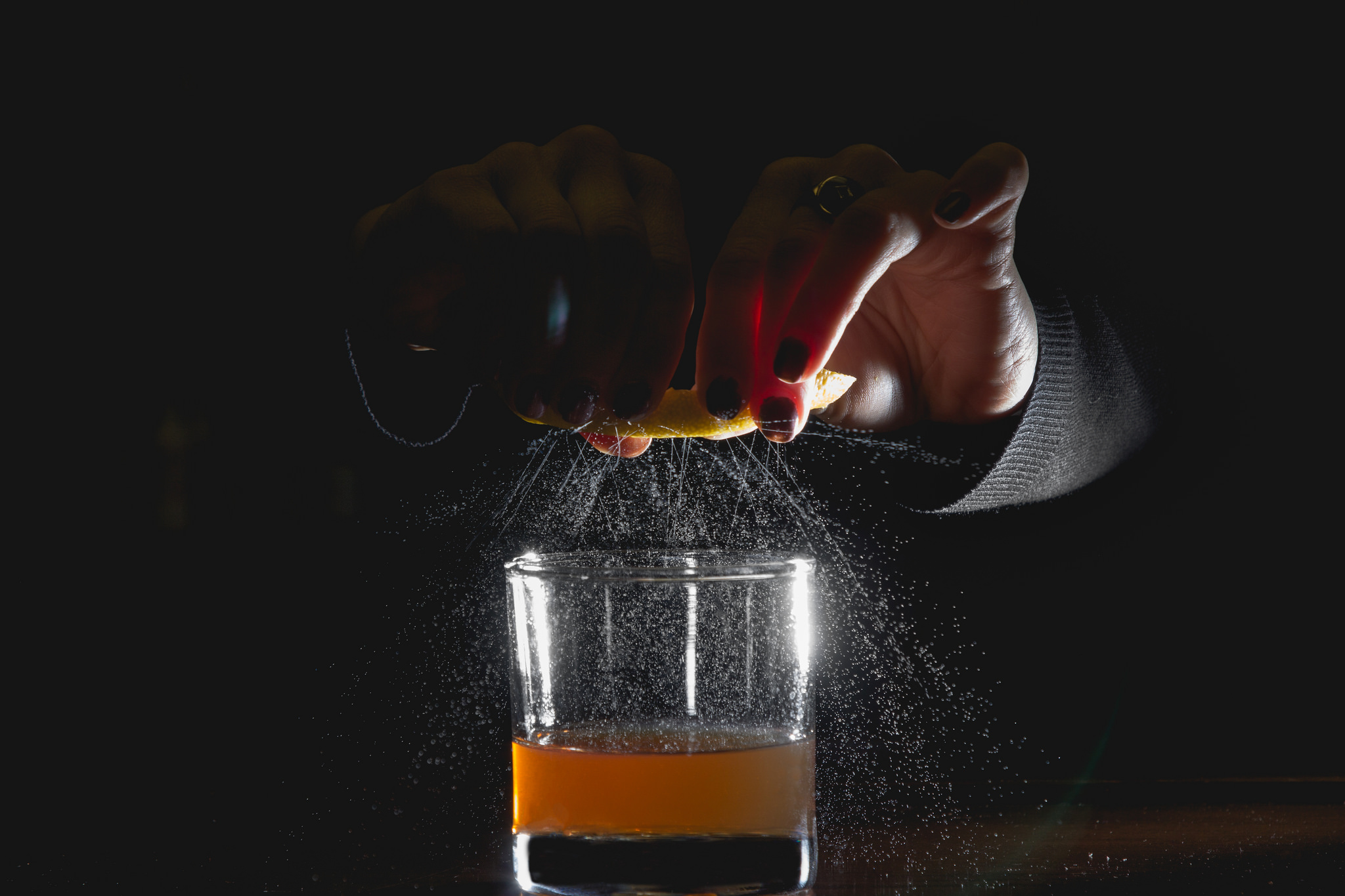 A Sazerac Recipe With a Side of History 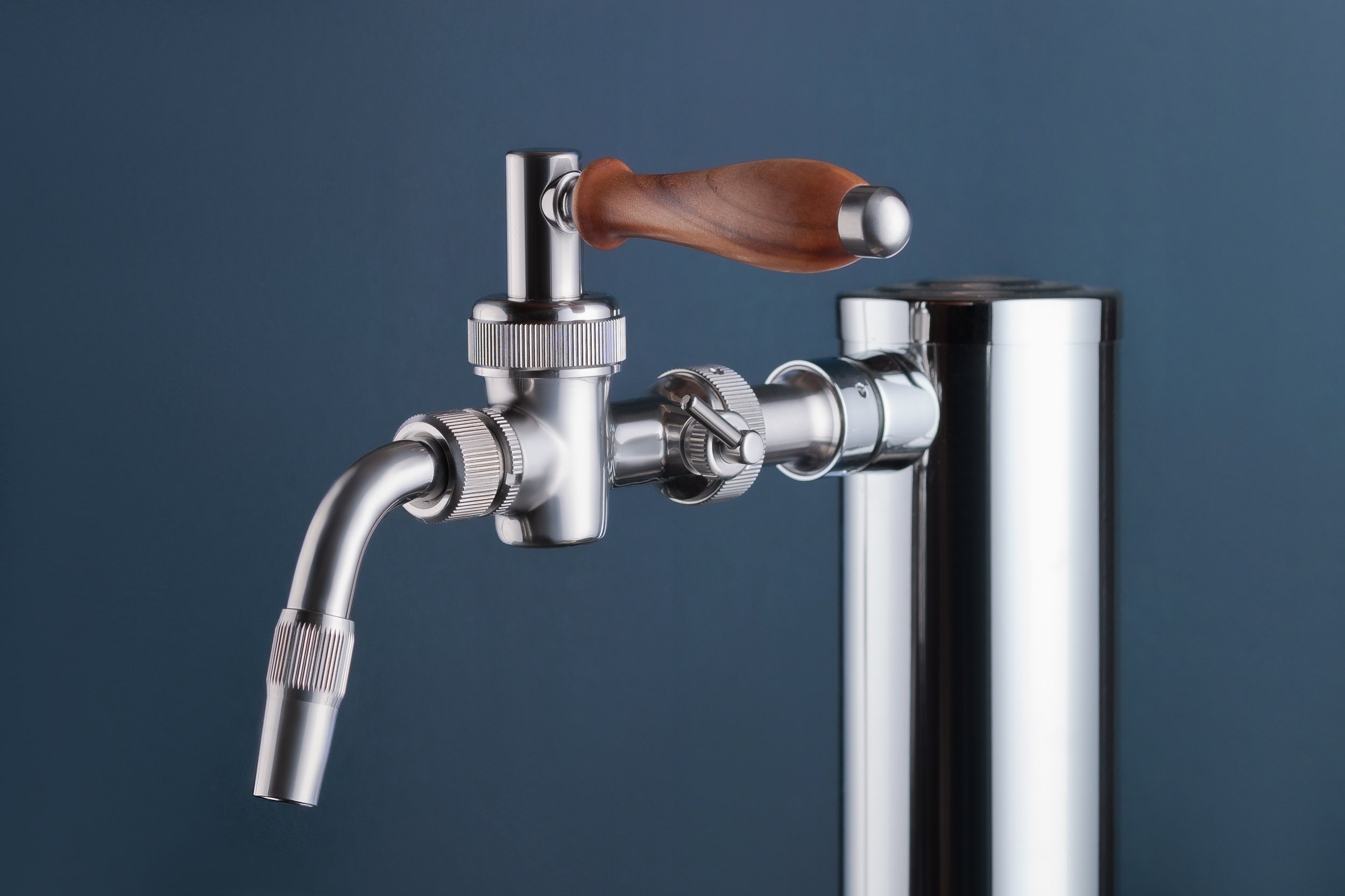 Getting a Handle on Czech Side Pull Faucets