Get to know the spice rack of your drinks, cocktail bitters are an essential for any home bar. 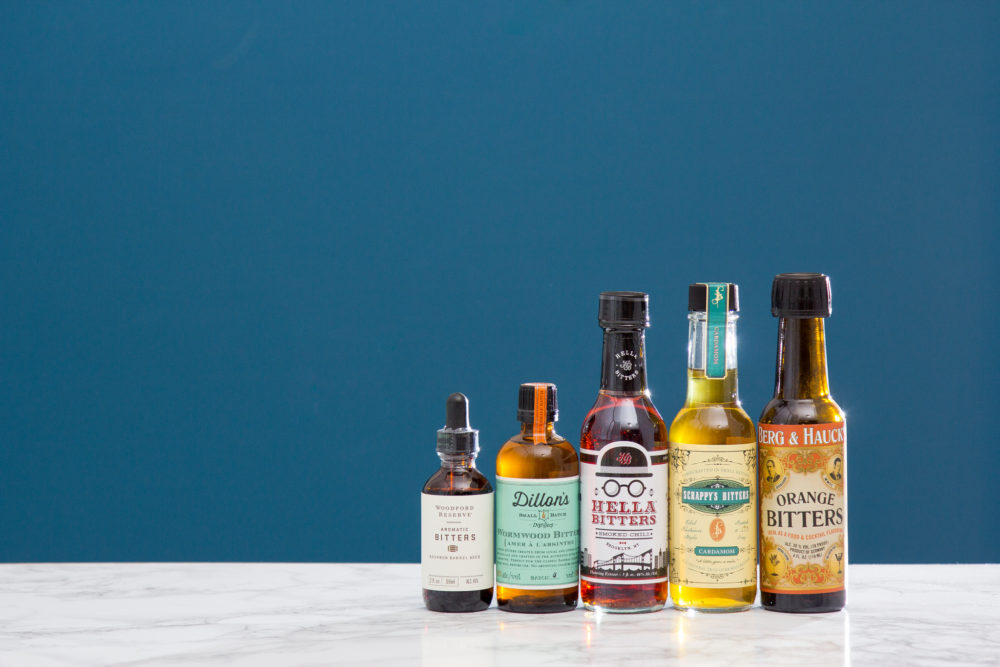 If you’ve ever had an Old Fashioned, then you’ve had cocktail bitters. To be more specific, you’ve probably had Angostura bitters, which is the brand of bitters typically specified for that most classic of drinks. But beyond Angostura, there are dozens of bitters brands and hundreds of bitters flavors. And each has the potential to bring unique complexity to your cocktails. The key is understanding how and why to use them.

Tobin Ludwig, co-founder of Hella Cocktail Co., which manufactures the acclaimed Hella Bitters line, equates a well-stocked bitters library with a well appointed spice rack: “Do all food recipes benefit from the addition of salt, pepper, or other spices? Not every single one, but most of the time these ingredients enhance a recipe.”

Bitters are aromatic, typically alcohol-based infusions of bittering botanticals (gentian root, cinchona bark, and cassia are common) and flavoring agents like fruit peels, spices, dried flowers, and herbs. They are sold in small bottles and administered in drops and dashes to add complexity to cocktails. Bitters can also bridge and marry cocktail ingredients that might otherwise compete or stand disparate.

Drinkable bitter spirits like amari–the kind sold in large bottles and sometimes served by the glass–are related to bitters but are not as intensely concentrated or high in alcohol. For those reasons, amari like Campari, Cynar, and Fernet Branca are employed differently in cocktail making. For the purpose of this article, we’re going to focus exclusively on small-dose bitters–the kind you don’t want to drink straight.

The History of Bitters

People have been using infusions and tinctures of bitter botanicals for centuries as treatments for a wide range of maladies, including poor digestion, nervousness, headaches, and arthritis. In the colonial period, it became common to mix healing bitters with whiskey, rum, brandy, or cognac, plus a little sugar and water, to make a sippable medicinal tonic. At least as early as 1806, Americans were calling these delightful potables cock-tails. By that time, cocktails were being consumed as much (or more) for their pleasures as for their curative properties.

In the nineteenth century, cocktail-slinging professional bartenders often made their own bitters from proprietary recipes. But there were also a number of popular bottled bitters on the market–a few of which survive to present day. Angostura bitters, made since 1824, were originally intended to treat stomach ailments. They are now ubiquitous behind the bar. Peychaud’s, an essential ingredient in a Sazerac, is another bitters brand with longevity.The recipe for Peychaud’s was first developed in 1838 by a New Orleans apothecary, and the bitters have been sold ever since–save a short production hiatus during Prohibition. Cardamom-redolent Boker’s bitters, developed in 1828, were likewise commonplace. Boker’s came off the market in 1920, again thanks to Prohibition. But unlike Peychaud’s, Boker’s didn’t return with repeal. Thankfully, modern bitters producer Dr. Adam Elmegirab did some historical sleuthing and now makes a version that is thought to be close to the original Boker’s formula. 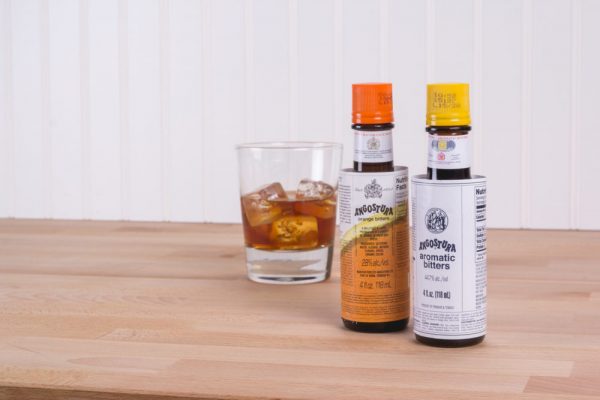 How Are Bitters Made?

Most bitters* are made by steeping botanicals in high-proof alcohol like everclear or whiskey for a variable amount of time. The alcohol acts as an efficient solvent, extracting flavors and volatile aromatics from the botanicals as they sit. The alcohol also serves as a highly effective preservative, meaning a bottle of well made bitters has a virtually infinite shelf life.

*We say most because some commercial bitters are made with glycerin, not alcohol.

“Bitters represent a microcosm of the latest trends in food and beverage,” Ludwig of Hella Cocktail Co. said in an email interview.

Because of that, the 21st century cocktail renaissance has seen a proliferation of commercially available bitters in countless unique flavors. There are literally hundreds of varieties to choose from. And while some flavors defy classification, most bitters fall into one of the following categories.

Full of old fashioned baking spice goodness like cinnamon, clove, cardamom, allspice, and ginger, aromatic bitters are the O.G. Angostura, Peychaud’s, and Boker’s are archetypal of the style, but there are plenty of newer brands on the market, each with their own spin on the classic flavor profile. Aromatic bitters work very well with whiskey and rum cocktails.

Rich orange bitters get their complexity from spices and the dried peels of bitter–you guessed it–oranges. They have been around since at least 1862 (when Jerry Thomas published a very basic recipe in The Bartender’s Guide) and have recently seen a revival. Modern formulas tend to be based on vintage recipes. Spices like cardamom and caraway are often present.

The 19th century also saw its fair share of celery-flavored bitters. Depending on the recipe, today’s takes on the style can be vegetal, earthy, bright, or citrusy, but they all rely on a discernible backbone of celery seed. Try them with gin or tequila and in savory cocktails like Bloody Marys and Martinis.

Orange isn’t the only citrus fruit to get the bitters treatment. These days, you can find bitters formulas focused on lemon, lime, and grapefruit. Some varieties, like those made by Hella Cocktail Co., combine all of the above in one potent bottle. The end result is typically bright and versatile. Citrus bitters complement a wide range of spirits.

While most bitters contain a different intensities of variety of spices, some bitters allow a single spice to predominate. Cardamom bitters and ginger bitters are both examples. Other spice-forward bitters playfully evoke popular culinary spice blends like Mexican mole, BBQ, Thai, and Jamaican jerk seasoning.

On the other end of the spectrum are bitters that play up herbs and flowers like dandelion, lavender, chamomile, hibiscus, and jasmine over heavy spices. Each formula is different, of course, but as a group they tend to pair well with gin, tequila, and rum. Which isn’t to say you shouldn’t experiment with floral bitters and your favorite whiskey cocktail.

Beyond citrus, berries, stone fruits, drupes, and other seed-bearing produce lend themselves well to bitters. Fruit bitters tend to bring to the table some perceptible sweetness and ring of seasonality. Try cranberry bitters in the winter; cherry, plum, apricot, and peach bitters in summer, and pear and fig bitters in the fall.

Cocoa- and cacao-infused chocolate bitters are practically bosom buddies with aged spirits. The rich vanilla and coffee notes often present in chocolate bitters perfectly complement the flavors oak barrels impart on rye, bourbon, añejo tequila, and dark rum. Try one in place of Angostura in your next Old Fashioned. 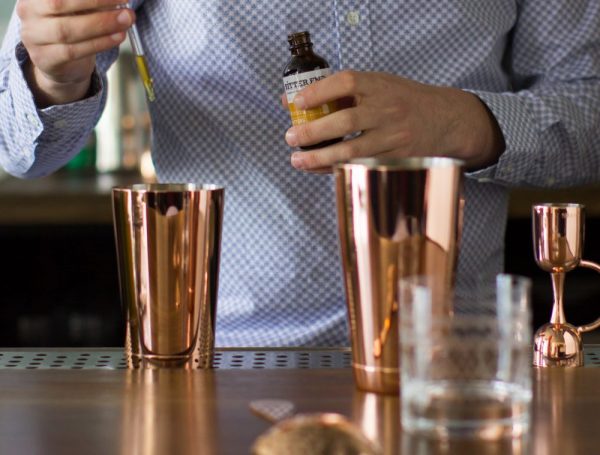 So Which Bitters Should You Buy?

The number of different bitters on the market can be overwhelming, especially for a budding cocktail enthusiast. If you’re looking to build your bitters collection, it is wise to start with a bottle of the aromatic variety. From there, Ludwig recommends asking yourself what you enjoy drinking.

“If you’re a big fan of gin, add an orange or citrus bitters to your lineup,” he suggested. “If you love agave-based spirits, then a smoky, spicy bitters might be perfect for you.”

Once you have your new bottle of bitters in hand, it is time to start experimenting. “Taste the bitters on their own before adding them to a recipe,” Ludwig said. “Bitters are an intense flavor extract, so it’s good to understand the flavor profile first.”

Next, Ludwig recommends taking a simple cocktail recipe that calls for bitters and substituting your new flavor for the old. “That will give you an idea of how those flavors play in a context with which you’re really familiar.”

If you’ve never made a cocktail with bitters before, don’t fret. Ludwig says bitters play well with practically every mixed drink. “Whether it’s a vodka soda, whiskey ginger, or margarita, the addition of bitters will almost definitely enhance what you’ve already got.”

All that said, don’t get too wrapped up in making your cocktail “perfect” or feel boxed in by prescribed rules. Ludwig reminds us that the most important thing is to have fun with bitters. 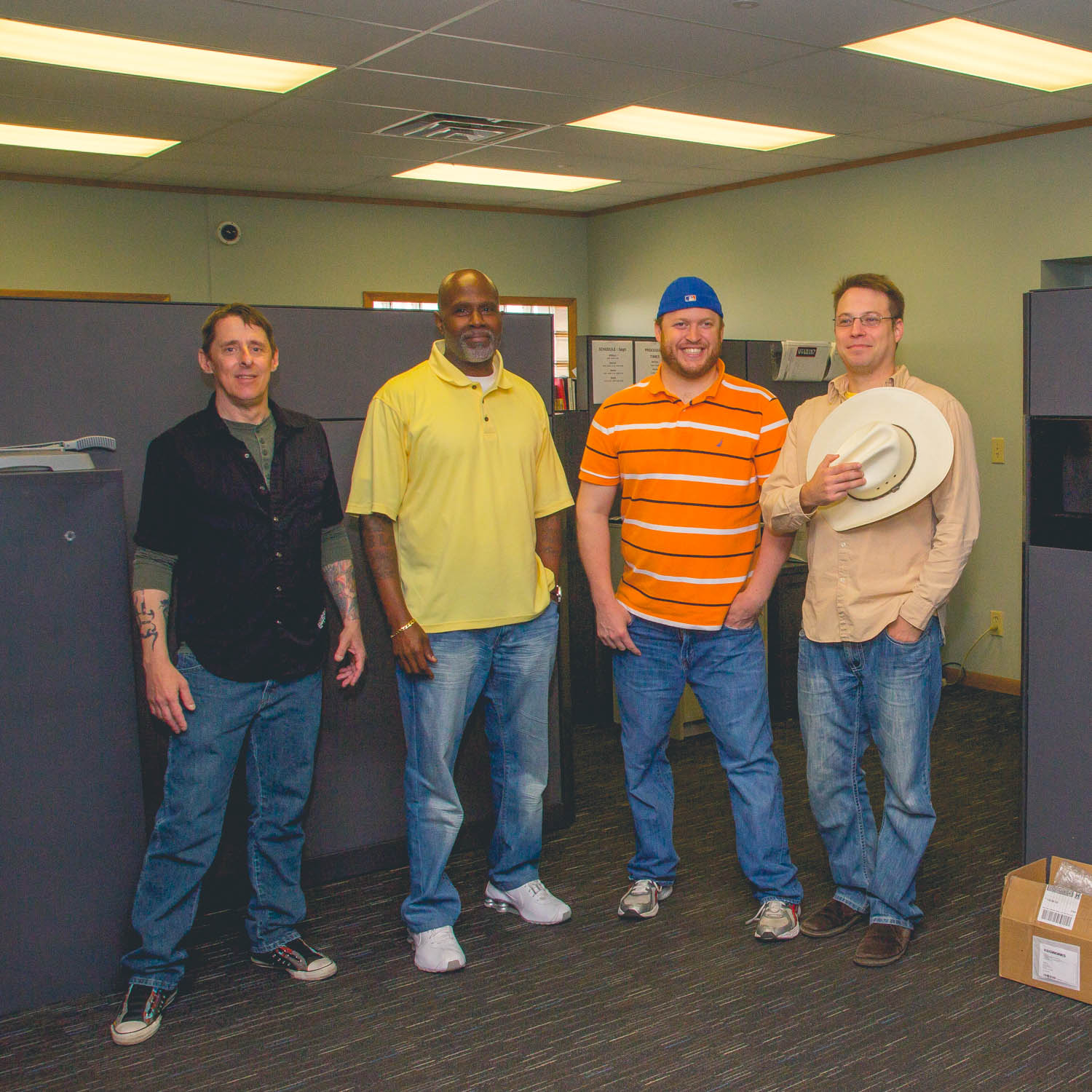 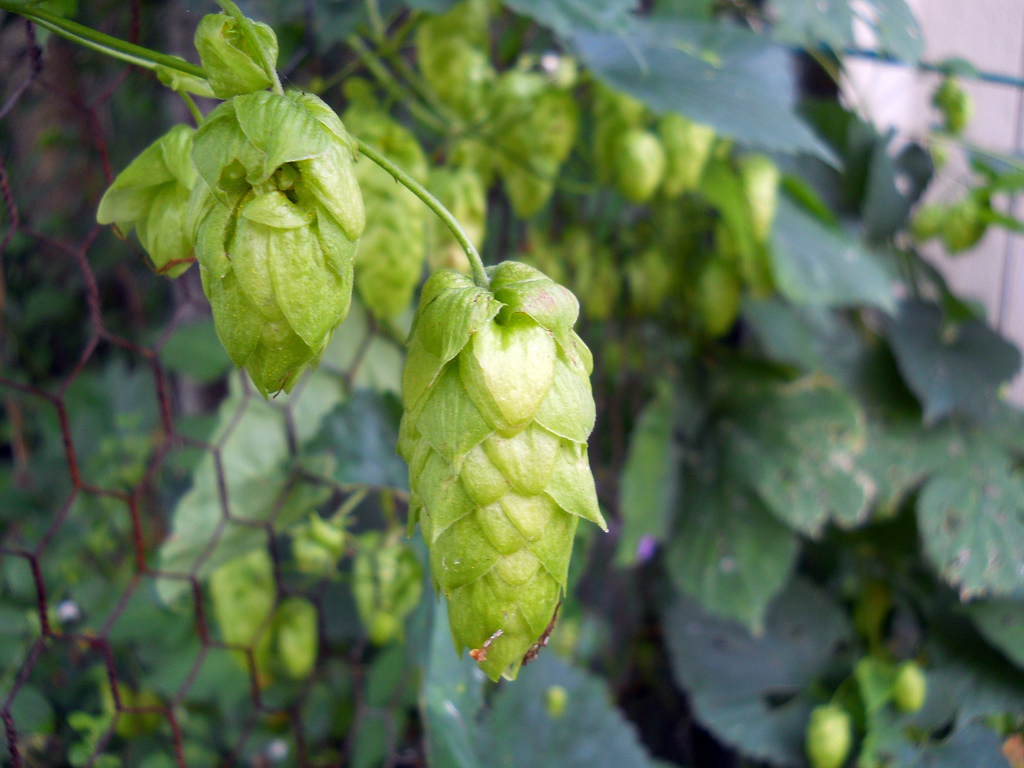 What Are Hops? A Beginner's Guide to Hops in Beer